According to the government of Iran, as of March 2016[update] (Iranian calendar 1394), the figures are as follows: 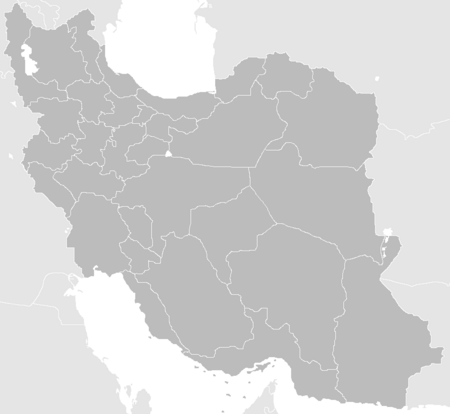 According to the Statistical Center of Iran, the figures are as follows, as of March 2016[update] (end of Iranian calendar 1394):

To better understand such subdivisions, the following table may be helpful. Assume that province P is divided into two counties: A and B. County A has 3 districts: Central, X, and Y. The Central district is the district that contains City M, the capital of the county. Each district might contain one or more cities or one or more RDs (rural districts). In our example, the Central district contains City M, City N, and RD T composed of the villages V1, V2, V3, and V4, in turn; district X contains City O and RD U; and district Y has no cities and one RD V. The minimal county consists of only one city as the only district, named Central, which is most common. The county B in the following table is of such type, containing only one city Q.

All content from Kiddle encyclopedia articles (including the article images and facts) can be freely used under Attribution-ShareAlike license, unless stated otherwise. Cite this article:
Administrative divisions of Iran Facts for Kids. Kiddle Encyclopedia.