Arlington is a principal city in the U.S. state of Texas, located in Tarrant County. It is part of the Mid-Cities region of the Dallas–Fort Worth–Arlington metropolitan area, approximately 12 miles (19 km) east of downtown Fort Worth and 20 miles (32 km) west of downtown Dallas.

Arlington borders Kennedale, Grand Prairie, Mansfield and Fort Worth, and surrounds the smaller communities of Dalworthington Gardens and Pantego. 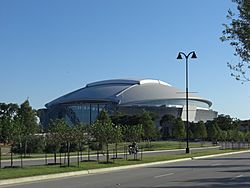 Arlington was founded in 1876 along the Texas and Pacific Railway. The city was named after General Robert E. Lee's Arlington House in Arlington County, Virginia. Arlington grew as a cotton-ginning and farming center, and incorporated in 1884. The city could boast of water, electricity, natural gas, and telephone services by 1910, along with a public school system. By 1925 the population was estimated at 3,031, and it grew to over 4,000 before World War II.

Large-scale industrialization began in 1954 with the arrival of a General Motors assembly plant. Automotive and aerospace development gave the city one of the nation's greatest population growth rates between 1950 and 1990. Arlington became one of the "boomburbs", the extremely fast-growing suburbs of the post-World War II era. U.S. Census Bureau population figures for the city tell the story: 7,692 (1950), 90,229 (1970), 261,721 (1990), 365,438 (2010) and almost 374,000 by 2011. Tom Vandergriff served as mayor from 1951 to 1977 during this period of explosive development. Six Flags Over Texas opened in Arlington in 1961. In 1972 the Washington Senators baseball team relocated to Arlington and began play as the Texas Rangers and in 2009 the Dallas Cowboys also began to play at the newly constructed Cowboys Stadium, now AT&T Stadium.

Arlington falls in the Cfa (humid subtropical) region of the Köppen climate classification system which is a climate zone characterized by hot, humid summers and mild to cool winters.

There were 133,072 households out of which 40% had children under the age of 18 living in them, 48% were married couples living together, 15% had a female householder with no husband present, and 32% were non-families. 25% of all households were made up of individuals and 5% had someone living alone who was 65 years of age or older. The average household size was 2.7 and the average family size was 3.3.

About 16% of Arlington families in general and 31% of female-headed families with no husband present were living below the poverty line. 20% of the Arlington population as a whole, including 28% of individuals under age 18 and 8% of those age 65 or over were living in poverty.

43% of Arlington renters and 28% of homeowners were paying 35% or more of their household income for housing costs in 2011.

Arlington is among the top 50 largest cities in the United States by population. 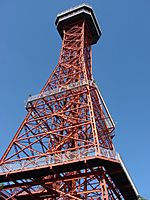 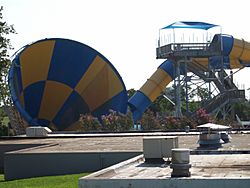 Arlington is home to Six Flags Over Texas, a nationwide theme park that includes many notable attractions. Six Flags also opened Six Flags Hurricane Harbor, a waterpark, after the previous location, Wet 'n Wild, was sold to them in the mid-1990s.

For retail shopping, Arlington is home to The Parks Mall at Arlington, which houses numerous retail outlets, eateries, an ice skating rink, and a movie theatre. In addition, The Arlington Highlands was completed in mid-2007, serving as an entertainment hotspot with places such as Studio Movie Grill, Piranha Killer Sushi, BJ's Brewhouse, The Improv Theatre, Bar Louies, Plucker's, World Market, Chuy's Tex-Mex and Dave and Busters, among others. The Arlington Highlands is located on I-20 at Matlock Rd. The Lincoln Square located near the AT&T Stadium houses several retail outlets and restaurants.

Arlington is also home to Theatre Arlington, one of the largest community theatres in the nation which produces quality live theatre year round and offers theater classes for all ages. The Mainstage Theatre at UT-Arlington is another well-known venue for live theatre in Arlington.

The Arlington Museum of Art in downtown and The Gallery at UT Arlington are the city's designated art venues. The Art Museum is currently host to a public art project called "The Star of Texas" to promote Arlington's newest slogan of being the "American Dream City". Twenty community artists were chosen to paint a large star sculpture with a unique interpretation of what it means to live the American dream in Arlington. From 2016 until 2019, these stars are available to discover all over Arlington. From the TCC campuses, to the Arlington Highlands shopping center, to all over downtown and other various locations, every star will lead visitors to a significant location in the city. In 2014, a community mural was created along the wall of Park Plaza Shopping Center, an east Arlington location that was the target of graffiti tagging for a long time.

The Planetarium Dome Theater at UT Arlington is one of the largest and most sophisticated in Texas.

Levitt Pavilion Arlington opened in 2009 and offers 50 free concerts per year in downtown Arlington featuring acclaimed artists and a diverse range of music genres. Notable performers have included Pentatonix, The Polyphonic Spree, The Quebe Sisters, The Band of Heathens, The Killdares, Ray Wylie Hubbard, and GRAMMY-winning Asleep at the Wheel. The Arlington Music Hall is a historic 1,056 seat venue that is a popular destination for live concerts. The Texas Hall is a 2,635 seat venue at UT-Arlington that is another popular destination for live concerts.

On July 4, the Arlington 4th Of July Parade Association puts on the annual parade through Downtown, Arlington featuring floats and entries from local school, businesses, and organizations. The parade is broadcast on local stations as well as on via AISD TV.

On July 2, 1902 the first Dallas/Fort-Worth "Interurban" electric trolley came to Arlington; this popular service ran between those three cities and points in between until Christmas Eve, 1934, providing easy transportation for both business and pleasure. The track ran through Arlington along what is now Abram Street. 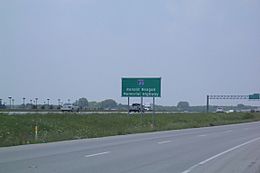 Arlington Municipal Airport (GKY) is located entirely within Arlington and is a public use airport owned by the City of Arlington. It serves as a reliever airport for Dallas/Fort Worth International Airport and Dallas Love Field (though it lacks scheduled airline service) and is currently used for general aviation purposes. Several companies operate aircraft services on the airport property, including the Bell Helicopter division of Textron.

For many years, Arlington had the somewhat notorious distinction of being the largest city in the United States that was not served by a public transportation system. Between 1980 and 2013, voters rejected three separate ballot proposals to bring public transportation to the city, though certain political and economic realities particular to North Texas made successful passage of those measures arguably more difficult in Arlington than in other parts of the state or country. On August 19, 2013, following unanimous approval by the Arlington city council, the Metro Arlington Express (MAX) bus route began a two-year pilot program providing a two-stop weekday bus route between College Park Center (on the campus of The University of Texas at Arlington) and the Trinity Railway Express (TRE) CentrePort Station near DFW Airport; from this station riders may take the TRE to Fort Worth, Dallas and points in between, all of which are served by comprehensive public transit systems. The MAX program was funded primarily by the City of Arlington and The University of Texas at Arlington, with cooperation and contributions from other regional transportation entities and municipalities, along with contributions from local businesses. In July 2015, the Arlington city council voted to extend the MAX program for an additional year. Under existing state finance laws, the voters of Arlington would have to approve any permanent funding for the MAX program.

Arlington does have four transit services targeting individual demographic groups: "Handitran" serves senior citizens and the disabled; Arlington hotels pay for a tourist-oriented shuttle-bus system for their guests; The University of Texas at Arlington runs a limited shuttle service for college students; and lastly Mission Arlington, an Arlington-run charity serving the severely indigent, has a bus service that circulates people needing social services or transportation to employment.

The city is served by two Interstate Highways, I-20, also known as Ronald Reagan Memorial Highway, and I-30, also named Tom Landry Memorial Highway. Other limited-access freeways include State Highway 360, which is named for the founder of Six Flags Over Texas, Angus G. Wynne, running along the eastern border, and U.S. Highway 287, which traverses the southwestern portion of the city. In most cases, the memorial names are not used in reference to these roadways.

The Union Pacific Railroad now owns and operates the original Texas and Pacific (later Missouri Pacific) transcontinental right-of-way and rail route though Arlington (parallel to which the Interurban originally ran); it offers no passenger stops in Arlington, its Arlington freight service is primarily to the local General Motors assembly plant, and most of its lengthy and numerous freight trains are merely passing through town to and from points far away.

All content from Kiddle encyclopedia articles (including the article images and facts) can be freely used under Attribution-ShareAlike license, unless stated otherwise. Cite this article:
Arlington, Texas Facts for Kids. Kiddle Encyclopedia.