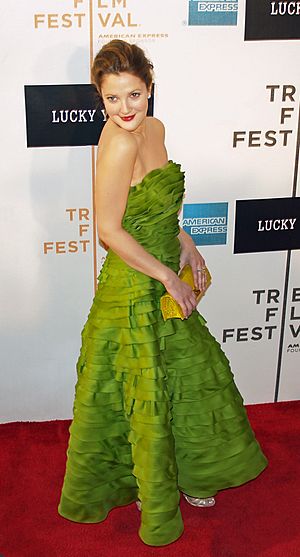 A celebrity is a widely-recognized or famous person who commands a high degree of public and media attention. The word stems from the Latin adjective celeber meaning famous or celebrated. While fame is generally considered a necessary precondition for celebrity status, it is not always sufficient. There has to be a level of public interest in the person, which may or may not be connected to the reason they are famous. Many celebrities are only so for a certain amount of time, perhaps after appearing on a television program or doing something to cast them into the public eye, such as rowing the Atlantic Ocean or being the first to do something. There are also specialist celebrities, who are only celebrities to those who enjoy a particular subject and so consider them a celebrity.

A public figure such as a politician or CEO may be famous, but they may not become a celebrity unless public and mass media interest is piqued. For example Virgin Director Richard Branson was famous as a CEO, but he did not become a global celebrity until he attempted to circumnavigate the globe in a hot air balloon. On the other hand, mass entertainment personalities such as soap opera actors or music stars are likely to become celebrities even if the person deliberately avoids media attention.

A famous definition of celebrity comes from the cultural theorist Daniel Boorstin. In his book,The Image: A Guide to Pseudo-Events in America, he cynically describes celebrities as people well known for their “well-knowness”.

The rise of international celebrities in acting and popular music is due in large part to the massive scope and scale of the US media industries, which has enabled US media firms to dominate the English-speaking film, television, and popular music markets. The reach of US entertainment products is further extended by large-scale illegal copying of Hollywood movies and US popular music, which makes inexpensive pirated versions of US DVDs and CDs available throughout South America and Asia.

Each country has its own independent celebrity system, with a hierarchy of popular film, television, and sports stars. Celebrities who are very popular in one country, such as India, might be unknown abroad, except with culturally-related groups, such as the Indian diaspora. In some cases, a country-level celebrity might command some attention outside their native country, but not to the degree that they can be considered a global celebrity. For example, singer Lara Fabian is widely-known in the French-speaking world, but only had a couple Billboard hits in the U.S., whereas singer Celine Dion is well-known in both communities.

Subnational entities or regions, or cultural communities (linguistic, ethnic, religious) also have their own 'celebrity systems', especially in linguistically or culturally-distinct regions such as Quebec (a French-speaking province in Canada) and Puerto Rico (a Spanish-speaking US territory). Regional newscasters, politicians or community leaders can be considered as local or regional celebrities. For example, while journalist Lin Sue Cooney is a well known television reporter in Arizona, she is little known outside the Southwestern US.

In a smaller country, linguistic or cultural community, a figure will be less likely to gain a broader celebrity. Shakira and Daddy Yankee were known largely in the Spanish-speaking world before becoming popular in English-speaking communities, by performing English language songs. Similarly, Spanish actors Penelope Cruz and Antonio Banderas, who were country-level celebrities in their native Spain, were able to become global celebrities only after they became Hollywood actors in English-speaking films.

Media commentators and journalists will refer to celebrities as A-List, B-List, C-List, D-List or Z-List. These informal rankings indicate a placing within the hierarchy. However, due to differing levels of celebrity in different regions, it is difficult to place people within one bracket. A Czech actor might be a B-list action film actor in the US, but be an A-list star in the Czech Republic. A method of dividing celebrities into categories from A-List to H-List based on their number of Google hits has been proposed. 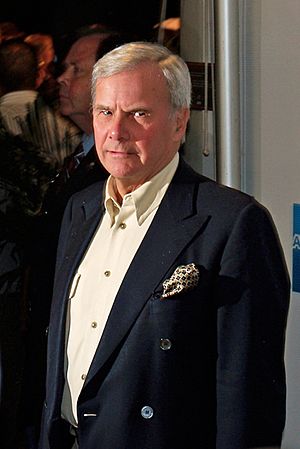 Tom Brokaw, became a celebrity as the long-time anchor for NBC News in the United States.

Some professional activities, by the nature of being high-paid, highly exposed, and difficult to get into, are likely to confer celebrity status. For example, movie stars and television actors with lead roles on prime-time shows are likely to become celebrities, as are popular rock stars. High-ranking politicians, national television reporters, daytime television show hosts, supermodels, astronauts, successful major-league athletes and chart-topping pop musicians are also likely to become celebrities. A few humanitarian leaders such as Mother Teresa have even achieved fame because of their charitable work.

While some film and theatre directors, producers, artists, authors, trial lawyers and journalists are celebrities, the vast majority are not, or they garner much less celebrity than their professional importance in the business might seem to warrant. Some people in these professions strive to avoid celebrity, while others seek it, by appearing on talk shows and high-profile events, such as film openings.

Individuals with their own television show (or sections of television shows) often become a celebrity: this includes doctors and other health professionals, chefs, gardeners, and interior decorators on shows like Trading Spaces and While You Were Out. However fame based on one program may often prove short-lived after a program is discontinued.

An individual can achieve celebrity on the basis of their profession, accomplishments, or notoriety, without necessarily having any family or social connections to aid them. However, there are families where the entire family is considered to have celebrity status. In Europe, all members of royal families are celebrities, especially when they are associated with a real or perceived scandal. As well, in Europe and in the US, there are artistic 'dynasties', where several members of a family are associated with a profession-typically music or acting.

Examples include the Barrymore, Cassidy (David and Shaun Cassidy), the Osmonds, the Winans, Osbournes, Quintanilla, Redgrave, Sheen/Estevez, Stiller, Voight, Jackson and Baldwin families. For politicians, there are the Bushes, Clintons, and most notably, the Kennedys. Other dynasties include some "sports families", where multiple members are involved in professional sports.

Celebrity as a mass media phenomenon

In the 1970s, academics began analyzing the phenomenon of celebrity and stardom. According to Sofia Johansson the "canonical texts on stardom" include articles by Boorstin (1971), Alberoni (1972) and Dyer (1979) that examined the "representations of stars and on aspects of the Hollywood star system." Johansson notes that "more recent analyses within media and cultural studies (e.g. Gamson 1994; Marshall 1997; Giles 2000; Turner, Marshall and Bonner 2000; Rojek 2001; Turner 2004) have instead dealt with the idea of a pervasive, contemporary, ‘celebrity culture’." In the analysis of the 'celebrity culture,' "fame and its constituencies are conceived of as a broader social process, connected to widespread economic, political, technological and cultural developments."

In Bob Greene’s article “The new stardom that doesn't require paying any dues,” he argues that for “most of man's history...people of talent would work to create something--something written, something painted, something sculpted, something acted out--and it would be passed on to audiences.” With the rise of reality TV shows, Greene points out that audiences have been turned into the creators. He argues that the “alleged stars of the reality shows "Survivor" and "Big Brother,"have become famous not for doing, but merely for being.”

Greene says that “You simply have to be present, in the right place at the right time.” Whereas “...public[ly famous] people were once defined as such based upon the fact that their remarkable skills had brought them to the attention of the public,” Greene states that with reality TV, “one can become a public person just by being a person, in public.” [7]

Celebrities often have fame comparable to that of royalty. As a result, there is a strong public curiosity about their private affairs. Celebrities may be resented for their accolades, and the public may have a love/hate relationship with celebrities, asking "do celebrities deserve their fame?" Due to the high visibility of celebrities' private lives, their successes and shortcomings are often made very public. Celebrities are alternately portrayed as glowing examples of perfection, when they garner Grammy awards and Oscars.

Tabloid magazines and talk TV shows bestow a great deal of attention on celebrities. To stay in the public eye and obtain new revenue streams, celebrities are increasingly participating in business ventures such as celebrity-branded items, such as books, clothing lines, perfume, and household items.

Some people suggest that some celebrities are not famous for their accomplishments, but merely for their fame and presumed fortune (e.g. Paris Hilton).

All content from Kiddle encyclopedia articles (including the article images and facts) can be freely used under Attribution-ShareAlike license, unless stated otherwise. Cite this article:
Celebrity Facts for Kids. Kiddle Encyclopedia.