Hancock County is a county located in the U.S. state of Illinois. According to the 2010 census, it has a population of 19,104. Its county seat is Carthage, and its largest city is Hamilton. The county is made up of rural towns with many farmers. 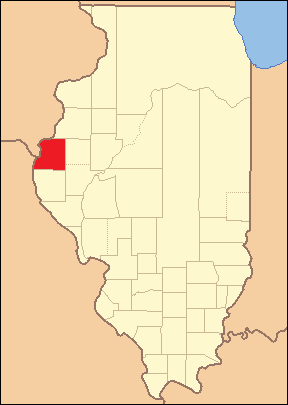 Hancock County at the time of its creation in 1825

Hancock County was part of the "Military Tract" set aside by Congress to reward veterans of the War of 1812. Actual settlement of the interior of the county was delayed by concerns about hostile American Indians. After their defeat in the Blackhawk War in 1832, settlement proceeded quickly.

Hancock County was formed, on January 13, 1825, out of Pike County. It was named in honor of John Hancock, who clearly signed the Declaration of Independence.

The original courthouse was located at Montebello. Montebello no longer exists but was between Nauvoo and Hamilton. In 1833 the state commissioned the formation of the county seat at Carthage, which was centrally located but not well developed at the time. A log cabin was built to serve as the courthouse and continued to serve that purpose until 1839 when the second Carthage Courthouse was built. The original log cabin continued to serve as a school and other purposes until 1945 when it was removed.

The second courthouse cost $3,700 to build and served from 1839 until 1906. It served as a location for both Stephen A. Douglas (October 11, 1858) and Abraham Lincoln (October 22, 1858) to speak to residents of the area as they were running against each other for the US Senate. In 1906 it was removed to make room for the current courthouse.

The current courthouse was dedicated October 21, 1908. 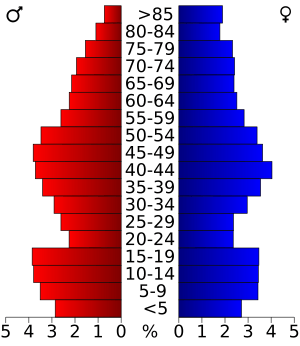 All content from Kiddle encyclopedia articles (including the article images and facts) can be freely used under Attribution-ShareAlike license, unless stated otherwise. Cite this article:
Hancock County, Illinois Facts for Kids. Kiddle Encyclopedia.