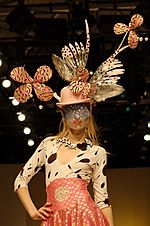 A hat is a type of covering for the head, and there are many types of hats.

Some types of hats or caps are worn as a sign of highly specialised social roles. For example, bishops can wear mitres and some lawyers wear wigs. In some societies, hats are of great political significance, such as the white hat of English Radicals, the Cap of Liberty of the Jacobins of France; and the two political parties in Sweden, the Hats (noblemen) and Caps (common people).

Some examples of hats: 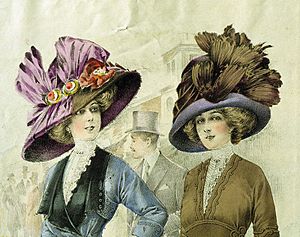 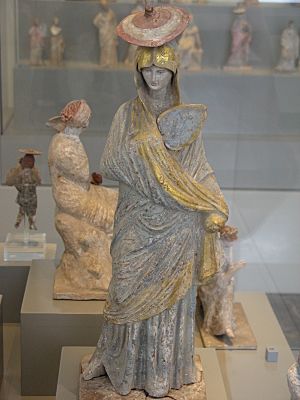 Ancient Greek statue of a lady with blue and gilt garment, a fan and a sun hat, from Tanagra, circa 325–300 BC.

Hats as an indicator of social status: a foreman (with horse) wears a hat of greater height than the accompanying inquilino (19th-century Chile). 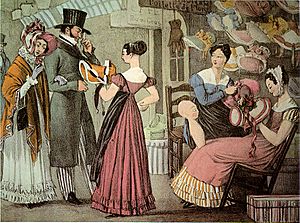 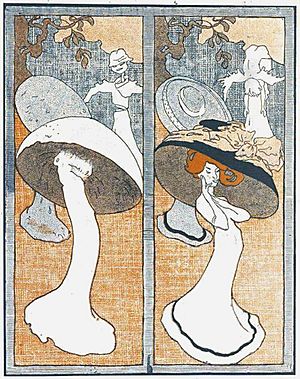 Hat fashions have sometimes been the subject of ridicule. This 1908 cartoon by Ion Theodorescu-Sion, which first appeared in a Romanian publication, satirised the popularity of mushroom hats 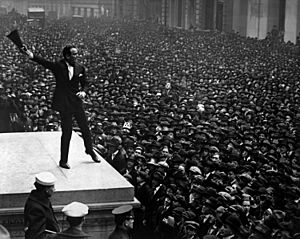 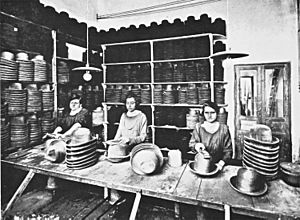 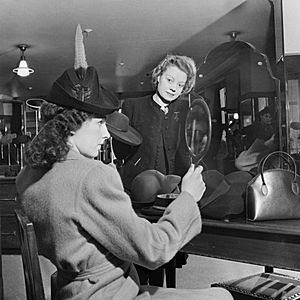 Millinery department of Bourne & Hollingsworth, in London's Oxford Street in 1942. Unlike most other clothing, hats were not strictly rationed in wartime Britain and there was an explosion of adventurous millinery styles. 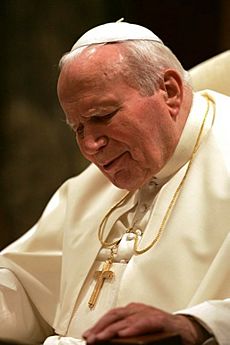 This is a short list of some common and iconic examples of hats.

Hat sizes are determined by measuring the circumference of a person's head about 1 centimetre (1⁄2 in) above the ears. Inches or centimeters may be used depending on the manufacturer. Felt hats can be stretched for a custom fit. Some hats, like hard hats and baseball caps, are adjustable. Cheaper hats come in "standard sizes", such as small, medium, large, extra large: the mapping of measured size to the various "standard sizes" varies from maker to maker and style to style, as can be seen by studying various catalogues, such as Hammacher Schlemmer.

Traditional hat size is worked out by adding the fore and aft and side to side measurements (in inches) then dividing by two. In the UK, an equivalent hat size is an eighth of an inch smaller than in the US.

All content from Kiddle encyclopedia articles (including the article images and facts) can be freely used under Attribution-ShareAlike license, unless stated otherwise. Cite this article:
Hat Facts for Kids. Kiddle Encyclopedia.