Kenneth Lee Salazar (born March 2, 1955) is an American politician who served as the 50th United States Secretary of the Interior in the administration of President Barack Obama from 2009 to 2013. A member of the Democratic Party, he previously was a United States Senator from Colorado from 2005 to 2009. He and Mel Martinez (R-Florida) were the first Hispanic U.S. Senators since 1977; they were joined by Bob Menendez (D-New Jersey) in 2006. Prior to his election to the U.S. Senate, he served as Attorney General of Colorado from 1999 to 2005.

On December 17, 2008, President-elect Obama announced he would nominate Salazar as U.S. Secretary of the Interior. On January 20, 2009, Salazar was confirmed by unanimous consent in the Senate.

On January 16, 2013, it was reported that Salazar planned to resign his post as Secretary of the Interior in March 2013, but his resignation was delayed pending Senate confirmation of his successor, Sally Jewell.

On June 10, 2013 he became a partner in the major international law firm of WilmerHale, and was tasked with opening a Denver office for the firm. On August 16, 2016, Salazar was appointed to head presidential candidate Hillary Clinton's transition team. 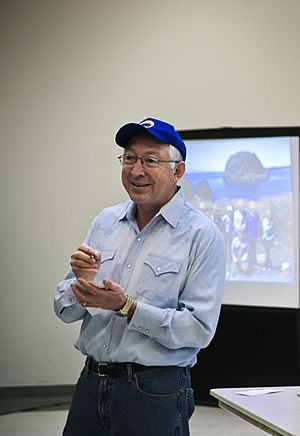 Ken Salazar was born in Alamosa, Colorado, the son of Emma Montoya and Enrique Salazar. His elder brother is former Congressman John Salazar. He grew up near Manassa, in the community of Los Rincones in the San Luis Valley area of south-central Colorado.

Salazar attended St. Francis Seminary and Centauri High School in La Jara, graduating in 1973. He later attended Colorado College, earning a Bachelor of Arts degree in political science in 1977, and received his Juris Doctor (J.D.) from the University of Michigan Law School in 1981. Later Salazar was awarded honorary degrees (Doctor of Laws) from Colorado College (1993) and the University of Denver (1999). After graduating, Salazar started private law practice.

Although Salazar's Hispanic ancestry is of the Hispanos from what is today the Southwestern United States, with his family there dating back to the 16th century from when that region was part of New Spain (then becoming a part of Mexico, and ultimately becoming a part of the USA), he has identified as Mexican American.

Salazar and his wife, Hope, have two daughters and one granddaughter.

All content from Kiddle encyclopedia articles (including the article images and facts) can be freely used under Attribution-ShareAlike license, unless stated otherwise. Cite this article:
Ken Salazar Facts for Kids. Kiddle Encyclopedia.