Lake of the Woods County, Minnesota facts for kids

Lake of the Woods County is a county located in the U.S. state of Minnesota. As of the 2010 census, the population was 4,045, making it the second-least populous county in Minnesota. Its county seat is Baudette. The county was organized on November 28, 1922, though county functions did not begin until 1923.

The county contains the Northwest Angle, the northernmost point of the Lower 48 States, and includes the U.S. portion of Lake of the Woods, shared with Canada. The county also includes the exclave of Elm Point. Since Alaska does not have any counties, Lake of the Woods is the northernmost county in the United States. It is also the only county in the United States with four words in its name, although there is a parish in Louisiana called St. John the Baptist Parish, and the U.S. Census Bureau treats parishes as county equivalents for census purposes.

Lake of the Woods County was named after the lake that covers a large portion of the county. Jacques de Noyon, a Frenchman who came from Trois Rivières, (Quebec), explored this area in 1688 and became the first European to view the lake. He named the lake Lac aux Îles which means "Lake of the Islands" in English.

In 1885 the region of Lake of the Woods got its first settler, Wilhelm Zippel, who was a German immigrant and a fisherman. He settled on the south shore of the lake in a place now called Zippel Bay. Shortly after, Alonzo Wheeler settled on a point on the southwest side of the lake which is now called Wheeler's Point.

A terrible wildfire, which has come to be known as the Baudette Fire of 1910, broke out in October of that year, burning 300,000 acres (1,200 km2) and destroying the towns of Spooner, Baudette, Graceton, Pitt, Williams, and Cedar Spur. Lake of the Woods County was founded January 1, 1923, with Baudette as the original county seat. Lake of the Woods County is also known as Minnesota's youngest county. This county was organized on November 28, 1922, when residents voted to separate the northern Townships. 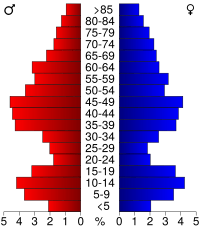 All content from Kiddle encyclopedia articles (including the article images and facts) can be freely used under Attribution-ShareAlike license, unless stated otherwise. Cite this article:
Lake of the Woods County, Minnesota Facts for Kids. Kiddle Encyclopedia.