Lake County is a county located in the U.S. state of Minnesota. As of the 2010 census, the population was 10,866. Its county seat is Two Harbors.

Prior to the arrival of Europeans, the area had long been inhabited by Native American groups. At the time of European contact, the principal Native American groups in the region were the Dakota (Sioux) and Ojibwe (also called Anishinabe or Chippewa). The economy of these groups was based on hunting, fishing and gathering, with wild rice being of particular importance. The first Europeans to explore the area were the French in the late 17th century who were followed by trappers, fur traders, missionaries, and explorers. Beaver Bay was the first city in Lake County in 1855.

In 1868, iron ore was discovered on the Vermilion Range by George Stuntz. In 1884, the first shipment of ore left Agate Bay, marking Minnesota's entry into the iron ore industry. During the late 1880s, commercial fishing began on Lake Superior with the coming of Swedish and Norwegian immigrants to the North Shore. In 1890, the Merritt brothers discovered the Mesabi Range. The Two Harbors Lighthouse was built on Agate Bay in 1892. Ten years later, five Two Harbors businessmen signed the articles of incorporation for a new mining company named 3M. Today, 3M Corporation has over 70,000 employees worldwide and produces more than 50,000 adhesive household products, now has its headquarters in Saint Paul.

In 1906, the Court House, which stands to this day, was built. In 1907, one of the nation's first steel ore docks was built in Two Harbors. In 1944, one of the first HMOs in the United States was created in Lake County to serve railroad employees. A second iron ore boom took place in the 1950s with the development of the taconite beneficiation process for turning lean, low-grade iron ore into a shippable product.

Lake County is located in the Arrowhead Region of Northeastern Minnesota covering 2,062 miles. The county is known for its natural beauty; within its boundaries are four state parks and a National Forest. Lake County offers superior hiking, camping, fishing and winter recreational opportunities. Lake County has Lake Superior, the largest freshwater lake in the world right at its side. With its rugged beauty and pristine shoreline, Lake County offers many recreational opportunities as well as historical shipwrecks, two operating lighthouses and two public marinas. Lake County is home to mining, logging, wood products, lumbering, shipping and transportation, manufacturers, great health care and tourism for all ages. 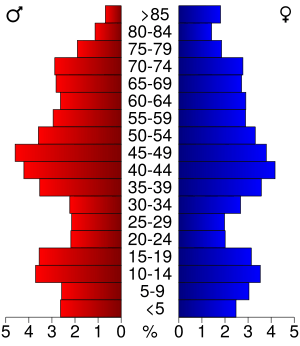 All content from Kiddle encyclopedia articles (including the article images and facts) can be freely used under Attribution-ShareAlike license, unless stated otherwise. Cite this article:
Lake County, Minnesota Facts for Kids. Kiddle Encyclopedia.