Itasca County is a county located in the State of Minnesota. As of the 2010 census, the population was 45,058. Its county seat is Grand Rapids. The county is named after Lake Itasca, which is in turn a shortened version the Latin words veritas caput, meaning 'truth' and 'head', a reference to the source of the Mississippi River. Portions of the Bois Forte and Leech Lake Indian reservations are in the county.

Itasca County was first formed in 1849, upon the creation of the Minnesota Territory. It was originally a much larger county, which covered many of today's northeastern Minnesota counties. The original Itasca County stretched over Cook, Lake, Saint Louis, Koochiching, eastern Lake of the Woods, eastern Beltrami, Itasca, northern Aitkin, and northern Carlton counties, today in Minnesota.

The landscape in Itasca County varies greatly. The low plains, rolling hills, and wetlands occur where there was glacial activity in the past. This area is known greatly for being forested, and has been for centuries. The different forests are made up of trees such as pines, spruces, hardwoods, cedar, and tamarack. The many large forests in the area make forestry and logging major sectors in the economy. 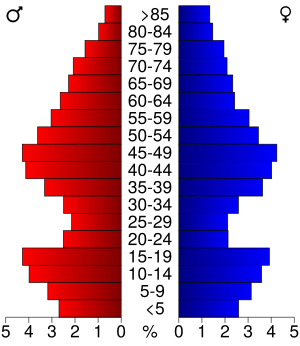 All content from Kiddle encyclopedia articles (including the article images and facts) can be freely used under Attribution-ShareAlike license, unless stated otherwise. Cite this article:
Itasca County, Minnesota Facts for Kids. Kiddle Encyclopedia.