Aitkin County ( AY-kin) is a county located in the U.S. state of Minnesota. As of the 2010 census, the population was 16,202. Its county seat is Aitkin. A portion of the Mille Lacs Indian Reservation is in the county. The county was created in 1857 and organized in 1871.

Aitkin County was established in 1857 as Aiken County and had a spelling change of its name to the current spelling in 1872. Aitkin County was named after William Alexander Aitken, a fur trader for the American Fur Company, under John Jacob Astor. Formed from Ramsey and Pine counties, Aiken County originally consisted of the 17 townships closest to Mille Lacs Lake. It acquired out-lands of Ramsey, Itasca and Pine Counties to its north and east. It was organized in 1871, taking up lands from Cass and Itasca Counties and losing a point located in the southwestern corner to Crow Wing County to form its current boundaries. 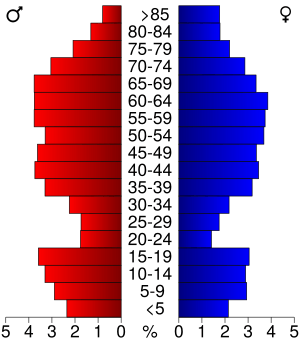 All content from Kiddle encyclopedia articles (including the article images and facts) can be freely used under Attribution-ShareAlike license, unless stated otherwise. Cite this article:
Aitkin County, Minnesota Facts for Kids. Kiddle Encyclopedia.