Monroe is a town in Fairfield County, Connecticut, United States. The population was 19,479 at the 2010 census.

Like many of its neighbors, Monroe is largely considered a bedroom community of New York City and Bridgeport. Monroe's neighbors are Easton, Newtown, Oxford, Shelton, and Trumbull. The New York Times profiled Monroe in a February 2013 article called "Living In Monroe, Conn.; a Friend, in Need and Deed."

Monroe is made up of several neighborhoods:

The Monroe town seal is in the form of a circle with the words "Town of Monroe Connecticut" written in the outer rim of the seal. Inside this outer circle is a profile of a bust of James Monroe, who was the fifth President of the United States, serving from 1817-1825.

On May 15, 1656, the Court of the Colony of Connecticut in Hartford affirmed that the town of Stratford included all of the territory 12 miles (19 km) inland from Long Island Sound, between the Housatonic River and the Fairfield town line, to include the southern portion of present-day Monroe. In 1662, Stratford selectmen Lt. Joseph Judson, Captain Joseph Hawley and John Minor had secured all the written deeds of transfer from the Golden Hill Paugussett Indian Nation for this vast territory that comprises the present-day towns of Trumbull, Shelton and Monroe. In 1671, Stratford purchased from the Paugusset Indians the territory which included the remainder of the northern portions of Monroe, Trumbull and Shelton, in what is known as "The White Hills Purchase", and officially annexed it to the Township of Stratford. 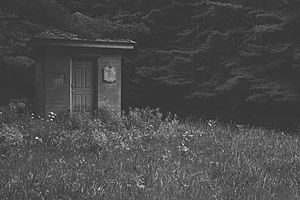 The Stepney Dam in Monroe, Connecticut was erected in 1927. 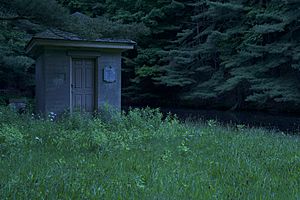 The Stepney Dam is on Route 25. 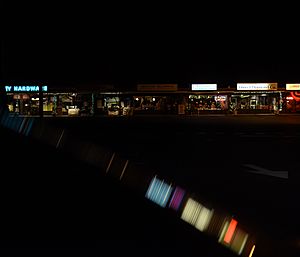 St. Jude School, a Catholic school with around 220 students, is located next to St. Jude Parish on Route 111, very close to Route 111's and 110's intersection. St. Jude holds a carnival in the parking lot in the back of the church every year in the end of August before the school year begins.

In 2003, the St. Jude boys junior varsity basketball team won the New England CYO tournament, defeating Springfield, Massachusetts in the championship, becoming the first team from St. Jude to win the tournament. The first selectman of the town dedicated a day to them. In 2005, they returned to the tournament in Rhode Island as 8th graders. After defeating Worcester and Boston, they lost to Hartford by 5.

Locations on the National Register of Historic Places

There were 6,481 households out of which 42.5% had children under the age of 18 living with them, 74.0% were married couples living together, 6.0% had a female householder with no husband present, and 17.5% were non-families. 14.9% of all households were made up of individuals and 6.6% had someone living alone who was 65 years of age or older. The average household size was 2.96 and the average family size was 3.31.

All content from Kiddle encyclopedia articles (including the article images and facts) can be freely used under Attribution-ShareAlike license, unless stated otherwise. Cite this article:
Monroe, Connecticut Facts for Kids. Kiddle Encyclopedia.