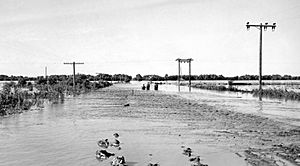 Republic County (standard abbreviation: RP) is a county located in the state of Kansas. As of the 2010 census, the county population was 4,980. The largest city and county seat is Belleville. It is south from the Nebraska state line. 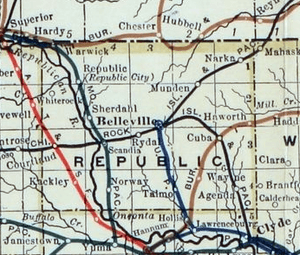 During the late 19th century, Belleville became the urban center for the immigrants that were attracted to the surrounding areas, most notably from Sweden and Bohemia (now Czech Republic). 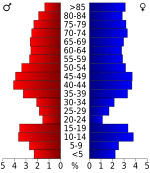 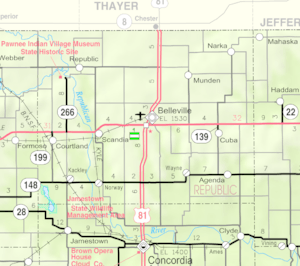 Republic County is divided into twenty townships. The city of Belleville is considered governmentally independent and is excluded from the census figures for the townships. In the following table, the population center is the largest city (or cities) included in that township's population total, if it is of a significant size.

All content from Kiddle encyclopedia articles (including the article images and facts) can be freely used under Attribution-ShareAlike license, unless stated otherwise. Cite this article:
Republic County, Kansas Facts for Kids. Kiddle Encyclopedia.