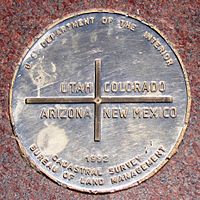 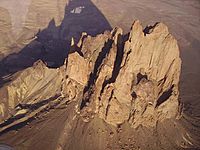 San Juan County is located in the U.S. state of New Mexico. As of the 2020 census, the population was 121,661 making it the fifth-most populous county in New Mexico. Its county seat is Aztec. The county was created in 1887.

San Juan County is part of the Farmington, New Mexico, Metropolitan Statistical Area. It is in the state's northwest corner and includes the New Mexico portion of the Four Corners.

All content from Kiddle encyclopedia articles (including the article images and facts) can be freely used under Attribution-ShareAlike license, unless stated otherwise. Cite this article:
San Juan County, New Mexico Facts for Kids. Kiddle Encyclopedia.