Winter Garden is a city located 14 miles (23 km) west of downtown Orlando in western Orange County, Florida, United States. It is part of the Orlando–Kissimmee–Sanford, Florida Metropolitan Statistical Area. Winter Garden's population as of the 2010 census was 34,568. 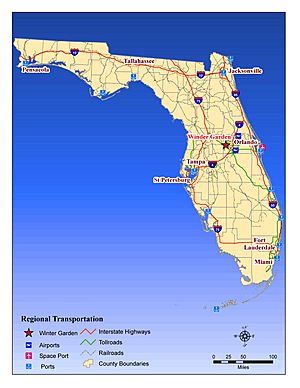 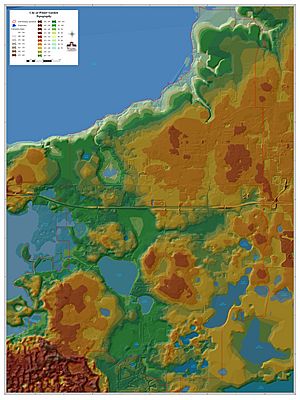 Winter Garden has a warm and humid subtropical climate, and there are two major seasons each year. One of those seasons is hot and rainy, lasting from May until October (roughly coinciding with the Atlantic hurricane season). The other is a cooler season (November through March) that brings more moderate temperatures and less frequent rainfall. The area's warm and humid climate is caused primarily by its low elevation and its position relatively close to the Tropic of Cancer, and much of its weather is affected by the movement of the Gulf Stream.

There were 5,380 households out of which 33.2% had children under the age of 18 living with them, 48.8% were married couples living together, 14.4% had a female householder with no husband present, and 31.9% were non-families. 25.2% of all households were made up of individuals and 9.7% had someone living alone who was 65 years of age or older. The average household size was 2.60 and the average family size was 3.11. 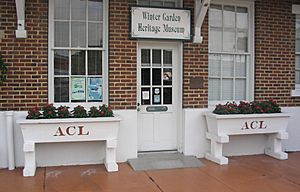 The Winter Garden Heritage Museum, originally a station on the Orange Belt Railway (later part of the ACL)

All content from Kiddle encyclopedia articles (including the article images and facts) can be freely used under Attribution-ShareAlike license, unless stated otherwise. Cite this article:
Winter Garden, Florida Facts for Kids. Kiddle Encyclopedia.