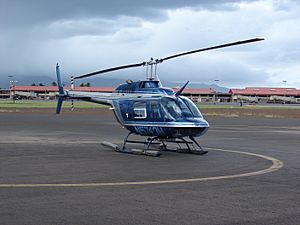 The Bell 206 is a light helicopter. It was designed and built in the United States by Bell Helicopters. It was originally designed for civilian purposes. It was changed to be used by the military, including the US Army. It first flew in December 1962. Its manufacturing stopped in 2010. Licence-built were occurred to Italian company Agusta. 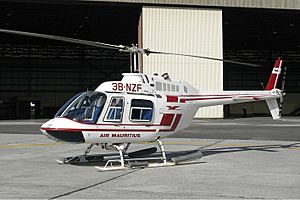 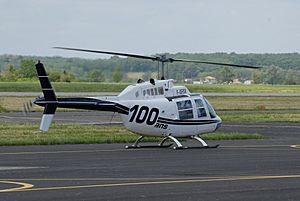 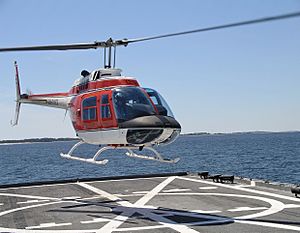 The Bell 206 is a very popular helicopter and was sold in many countries in the world, particularly in USA, Canada, and in Europe. 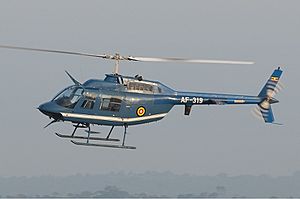 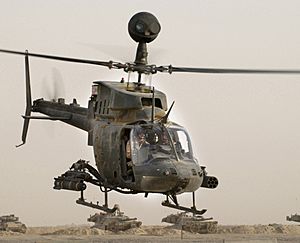 All content from Kiddle encyclopedia articles (including the article images and facts) can be freely used under Attribution-ShareAlike license, unless stated otherwise. Cite this article:
Bell 206 Facts for Kids. Kiddle Encyclopedia.