College Hill is a historic neighborhood of Providence, Rhode Island, and one of six neighborhoods comprising the city's East Side. It is roughly bounded by South and North Main Street to the west, Power Street to the south, Governor Street and Arlington Avenue to the east and Olney Street to the north. The neighborhood's primary commercial area extends along Thayer Street, a strip frequented by students in the Providence area.

College Hill is the most affluent neighborhood in Providence, with a median family income of nearly three times that of the city as a whole.

Portions of College Hill are designated local and national historic districts for their historical residential architecture. In 2011, the American Planning Association designated the neighborhood one of the "Great Places in America".

The name refers to various major educational institutions established in the neighborhood: Brown University and Rhode Island School of Design, Pembroke College and the now relocated Bryant University. Prior to their development, the area was known as Prospect Hill.

The region was familiar to the local Wampanoag people when it was suggested that a refugee group recently expelled from the Plymouth Colony should settle upon a small hill on the right bank of the Seekonk River. Led by Roger Williams, after his 3-month winter encampment with Massasoit before escaping from Boston in Dec 1635, he and a small group of families bounded together by religious faith arrived on the west side of the hill. After friendly agreement with chief sachems of the Narragansett Canonicus and Miantonomi, and with providence aforethought, Williams and his group set camp.

By 1644, Williams along with Chad Brown and the ancient settlement of Providence had taken root at College Hill. 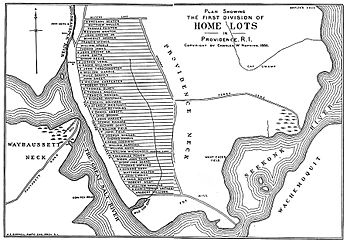 By the time of the American Revolution, the foot of the hill was densely populated with wharves, warehouses, shops, public buildings, and residential houses. Benefit Street was home to several hotels, including the Golden Ball Inn which hosted such guests as George Washington. In 1770, the college that became Brown University was moved to the old Brown farm and over the next century would gradually expand. In the nineteenth century, precious metals and jewellery trading drove much business on North Main Street, and RISD was established in 1877. By the 1900s, Brown had begun expanding more aggressively, demolishing nearly 100 houses in the 1950s for a residential quadrangle area. 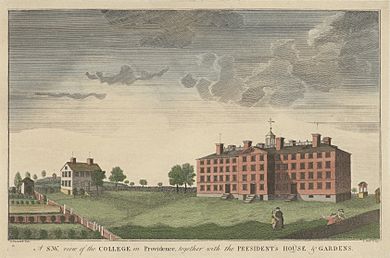 This 1795 engraving is the first known image of University Hall, built 1770-71, one of seven surviving American college buildings that date from the colonial period. During the Revolutionary War, the "College Edifice" was converted to a hospital and barracks for the Comte de Rochambeau's French forces

In the post-war years, Providence went into a decline. Many of the neighborhood's more historic centers were in disrepair and were slated for demolition as part of urban renewal projects. The Providence Preservation Society intervened and the area is now home to one of the country's largest restored collections of 18th and 19th century Victorians and colonials. 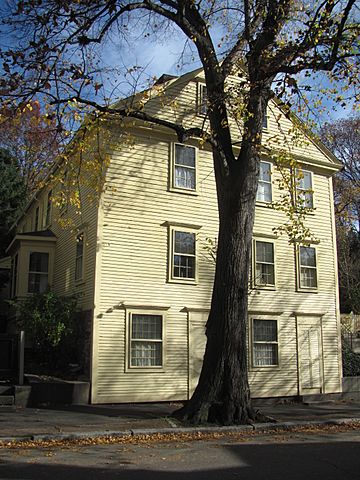 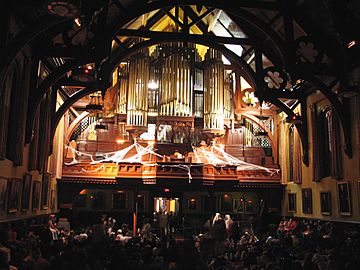 The largest surviving Hutchings-Votey organ in the world is in Sayles Hall. It has 3,355 pipes and weighs 25 tons. It is pictured here for Brown's traditional Halloween midnight concert.

College Hill boasts architectural styles from the 18th century forward, including residences and institutional structures located along tree-lined streets with sidewalks. Some of the elegant homes include the Georgian-style John Brown House built in 1786 and the Renaissance Revival Governor Henry Lippitt House built in 1865. Both are National Historic Landmarks and museums. College Hill also has numerous churches built in the Baroque, Romanesque, Gothic, Greek Revival, and Renaissance architectural styles. The Fleur De Lys Studio is also part of the collection of historic buildings on College Hill. This cultural institution is inspired by the half-timbered stucco houses of Chester, England. The Providence Athenaeum built in 1838 is one of the nation’s oldest libraries and is an example of Greek-Revival architecture. 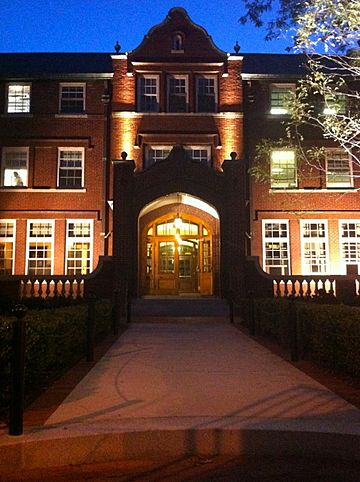 Benefit Street was formerly Back Street in its colonial days. Coming into formation as a series of paths winding through backyards along the steep hillside, Back Street stretched across the land allotments of the original settlement parallel to the left bank Providence River, from Fox Point waterfront in the south to its terminus at North Main. As the area matured, the area was once home to both many wealthy business families in the 1700s, and black Americans in the 1900s.

Through the middle of the 20th century, the area nearer to the waterfront and Statehouse experienced a decline that remained until a 1970s rediscovery of historic structures along Benefit Street and on Aquidneck Island. These aged houses were occupied mostly by Providence's early minority population and were often subdivided into tenements. These units were often dilapidated and without adequate facilities and were targets for demolition under one of the city's proposed urban renewal projects.

In part, due to the Providence Preservation Society's efforts, plans were changed and the area became one of the first urban renewal projects in the US' modern Urban Planning history, to encompass rehabilitation of vital historic fabric as opposed to demolition and new construction. As so many other historic buildings were lost such as the Roger Mowry Tavern, many structures from around the Providence area were relocated to Benefit street. Today, they form one of the best examples of Colonial and Federal period Architecture on the Continent. Nearly all of the buildings situated near historic Benefit Street have been rehabilitated in some form. Preservation guidelines ensure that period specific new construction can be weaved into the existing collection of buildings. As the area is home to one of the finest cohesive collections of restored 18th- and 19th-century architecture in the United States the College Hill neighborhood experiences significant infrastructure and building reinvestment dollars compared to other regions throughout the state.

An urban renewal and revitalization project was demonstrated by the Providence Preservation Society in 1959. The society's report, authored by preservationist Antoinette Downing and titled College Hill: A Demonstration Study of Historic Area Renewal, contained an inventory of properties and developed a historic area zoning ordinance and methods for integrating historic areas into future redevelopment. This report led to the neighborhood becoming a historic district and the project was noted as a national landmark and example for preservation as a means of community renewal. This preservation and reuse has allowed for the historic houses to become museums. Adaptive reuse has given new life to historic houses as museums. Sustainability is exemplified in the recently renovated Brown Street Park. The neighborhood is also connected to the downtown by the Riverwalk and many modes of transportation including bus, trolley, car, bike or walking.

75.6% of College Hill residents are white while 13.6% are Asian, both well-above the citywide averages of 54.5% and 6.2% respectively. African-Americans and Hispanics each comprise about 5% of the population. A sizable portion of the population are seasonal students attending the local academic institutions and residing in collegiate housing or leases.

Median family income on College Hill is $121,521, well above the citywide average. About 5% of households live below the poverty line. Fewer than 1% of households receive any public assistance. 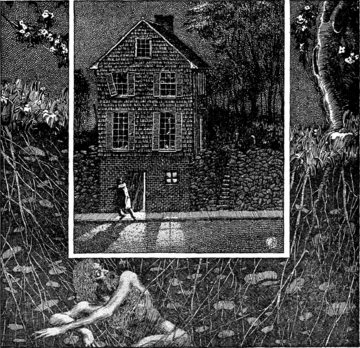 The base of College Hill is the oldest area of the city. The College Hill Historic District includes much of the area and has been recognized as a National Historic Landmark District by the Department of the Interior. The Providence Preservation Society and the Rhode Island Historical Society have preserved numerous historic buildings in the College Hill area. Landmarks include:

All content from Kiddle encyclopedia articles (including the article images and facts) can be freely used under Attribution-ShareAlike license, unless stated otherwise. Cite this article:
College Hill, Providence, Rhode Island Facts for Kids. Kiddle Encyclopedia.