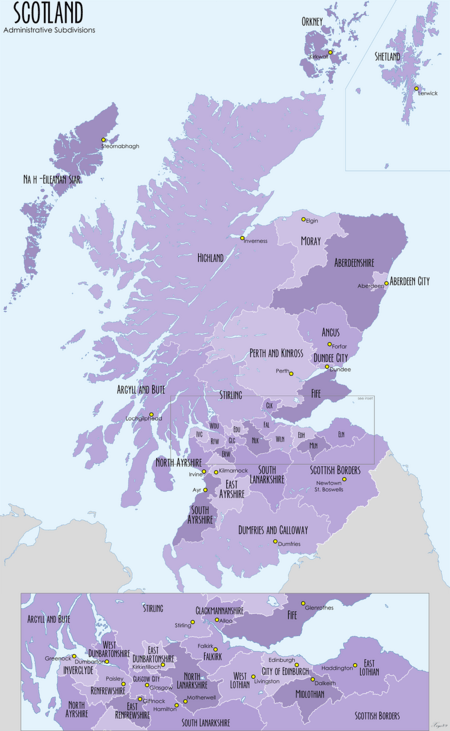 A council area in Scotland is an area made for local government. There is a total of 32 council areas in Scotland. They are all governed by unitary authorities called "councils". The council areas were created on 1 April 1996, under the provisions of the Local Government etc. (Scotland) Act 1994. The Act calls them local authority areas but most people call them council areas.

The council areas have the option of being known as a comhairle when choosing to go by a Gaelic name. However, only Comhairle Nan Eilean Siar (Council of the Western Isles) has chosen this option, while the Highland Council (Comhairle na Gaidhealtachd) uses both an English name and a Gaelic name.

All content from Kiddle encyclopedia articles (including the article images and facts) can be freely used under Attribution-ShareAlike license, unless stated otherwise. Cite this article:
Council areas of Scotland Facts for Kids. Kiddle Encyclopedia.