The ditto mark (”) is a typographic symbol indicating that the word(s) or figure(s) above it are to be repeated. For example: 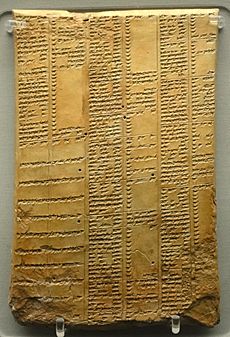 Early evidence of ditto marks can be seen on a cuneiform tablet of the Neo-Assyrian period (934–608 BCE) where two vertical marks are used in a table of synonyms to repeat text.

Bronzeware script, c. 825 BCE, showing "子二孫二寶用", where the small 二 ("two") is used as iteration marks in the phrase "子子孫孫寶用" ("descendants to use and to treasure").

In China the corresponding historical mark was two horizontal lines (二), found in bronze script from the Zhou Dynasty, as in the example at right (circa 825 BCE). In script form this became 〻, and is now written as 々; see iteration mark.

The word ditto comes from the Tuscan language, where it is the past participle of the verb dire (to say), with the meaning of "said", as in the locution "the said story". The first recorded use of ditto with this meaning in English occurs in 1625. 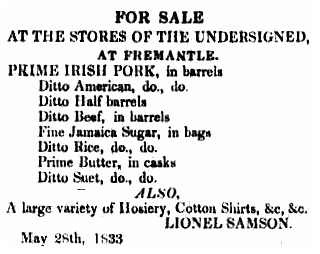 The graphical shape of the ditto mark may vary according to different language uses. It is generally represented by a quotation mark pointing to the right. Therefore, it would be ” in English, » in French, „ in German, ╶‖╴ or » in Greek and so on.

All content from Kiddle encyclopedia articles (including the article images and facts) can be freely used under Attribution-ShareAlike license, unless stated otherwise. Cite this article:
Ditto mark Facts for Kids. Kiddle Encyclopedia.