Division of Blaxland facts for kids 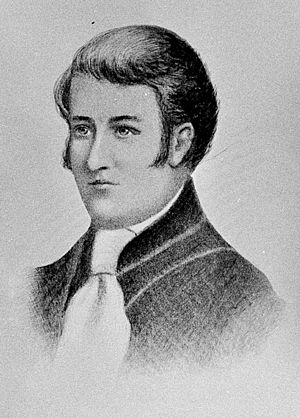 The division was created in 1949 and is named after Gregory Blaxland. He was a farmer and an early Australian explorer of the Blue Mountains in New South Wales.

It has been held by the Australian Labor Party since it was set up. Western Sydney has supported Labor for over a century. Its most notable member has been Paul Keating, who was Prime Minister of Australia 1991–96. In 2007, Keating's successor, Michael Hatton, lost preselection for this seat to Jason Clare. Clare had worked for former New South Wales Premier Bob Carr. Clare became Cabinet Secretary, Minister for Justice, and Minister for Home Affairs.

All content from Kiddle encyclopedia articles (including the article images and facts) can be freely used under Attribution-ShareAlike license, unless stated otherwise. Cite this article:
Division of Blaxland Facts for Kids. Kiddle Encyclopedia.