An Ecumenical Council (also sometimes Oecumenical Council) or general council is a meeting of the bishops of the church of the whole world who have come together to discuss matters of Church doctrine and practice.

The word is from the Greek language "Οικουμένη", which means "inhabited", and was originally an other name for the territory of the Roman Empire, because the earliest councils were all called in by Roman Emperors. In later times it was used in the sense of "world-wide" or "general." 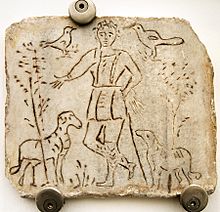 All content from Kiddle encyclopedia articles (including the article images and facts) can be freely used under Attribution-ShareAlike license, unless stated otherwise. Cite this article:
Ecumenical council Facts for Kids. Kiddle Encyclopedia.