Englewood is one of the 77 official community areas in Chicago, Illinois, United States. At its peak population in 1960, over 97,000 people lived in its approximately 3 square miles (7.8 km2), but the neighborhood's population has since dropped dramatically. In 2000, it had a population of approximately 40,000 inhabitants, and the 2010 census indicated that its population has further declined to approximately 30,000. Englewood is bordered by Garfield Boulevard to the north, 75th Street to the south, Racine Avenue to the west, and an irregular border that wends along the Metra Railroad Tracks to the east. On the west lies West Englewood, which is generally lumped in with Englewood by Chicagoans. It is located on the South Side of Chicago. 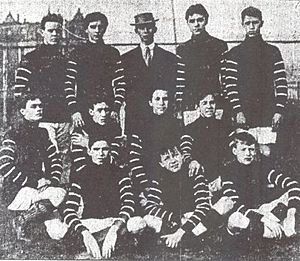 Before the city of Chicago was established, the area that is now Englewood was largely swampland inhabited by Mascouten Indians. In 1839, the US Government Land Office of Chicago stated that the land was habitable. In the 1850s and 1860s, as Chicago was becoming a city of railroad tracks and economic prosperity, Englewood was just another supporting neighborhood. But in 1871, when the Great Chicago Fire destroyed a large portion of Chicago, residents moved to the outskirts such as Englewood. Englewood's railroad connections to downtown Chicago made it a convenient location, and the neighborhood's population grew rapidly. Englewood Station once served many railroad passengers; in 1889, over 1,000 trains would pass through Englewood every day. 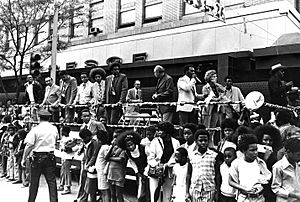 The Englewood community was largely defined by the Englewood Shopping Center at 63rd & Halsted, a large pedestrian mall. The City, social services, and mall management worked with community leaders and groups to integrate the mall with the community. The goal was to make the mall a vital part of the community, and a central part of everyday life. It was the site of numerous community events, parades, outdoor concerts, live radio broadcasts and the like. This was spearheaded by the Englewood Business Men's Association and its director, Richard Drew. Mr. Drew died in 1978, and with his passing the Association lost its community focus. The Center subsequently lost its major anchor tenants, including Sears Roebuck, and became a collection of smaller merchants.

In 1999, Mayor Richard M. Daley announced a $256 million revitalization plan for the area. The keystone of the program is the relocation of Kennedy-King College to the former site of the Englewood Shopping Center. Shortly thereafter the city began an aggressive buyout and relocation program for mall merchants. The campus includes the Washburne Culinary Institute. Groundbreaking for the new, 40-acre (160,000 m2) campus occurred on November 9, 2005, and it opened in 2007.

In 2000, Englewood had a poverty rate of 44%, which was substantially higher than the overall poverty rate in Chicago of 20%.

Based on census data collected by the city of Chicago in 2008–2012, the poverty rate for Englewood is 46.6% of households below poverty and 28% of people 16 years of age and older are unemployed.

By 1980, the total population was 62,069, a loss of about 30,000 people in two decades; 99% of the people were black, and the white population was down to 818. Edward McClelland of NBC Chicago stated "Not even ethnic cleansing in the Balkans achieved the levels of turnover that white flight in Chicago did."

Halsted Street is a major thoroughfare in the neighborhood.

Both the Chicago Transit Authority's Red Line and Green Line run through Englewood, as does the Dan Ryan Expressway (I-90 and I-94).

The railroad junction at Englewood, where Metra (the former Rock Island) crosses Norfolk Southern (the former Pennsylvania) has long been a cause of delay. In March 2010 a $133 million reconstruction project was announced which improved operations by replacing the diamond crossing between Metra and NS with an overpass for Metra. The project proposed by Chicago Region Environmental and Transportation Efficiency Program (CREATE) was completed in 2014.

Englewood is host to numerous publicly-operated educational institutions. Primary and secondary schools are operated by Chicago Public Schools, while the community has post-secondary educational needs met at the Kennedy–King College, which was relocated to Englewood in 2005 as part of revitalization efforts in the neighborhood. A public high school, Englewood STEM High School, was opened in September 2019 to serve students in the surrounding area.

All content from Kiddle encyclopedia articles (including the article images and facts) can be freely used under Attribution-ShareAlike license, unless stated otherwise. Cite this article:
Englewood, Chicago Facts for Kids. Kiddle Encyclopedia.