Cook County was incorporated in 1831 and named for Daniel Pope Cook, an early Illinois statesman. It achieved its present boundaries in 1839. During the first half of the 20th century it had the absolute majority of Illinois's population. Within one hundred years the county recorded explosive population growth going from a trading post village with a little over 600 residents to four million citizens, rivalling Paris by the Great Depression.

Geographically, the county is the sixth-largest in Illinois by land area and the largest by total area. It shares the state's Lake Michigan shoreline with Lake County. Including its lake area, Cook County has a total area of 1,635 square miles (4,234.6 km2), the largest county in Illinois, of which 945 square miles (2,447.5 km2) is land and 690 square miles (1,787.1 km2) (42.16%) is water. Land-use in Cook County is mainly urban and densely populated. Within Cook County, the State of Illinois took advantage of its Lake Michigan access and the Chicago Portage, beginning with the construction of the Illinois and Michigan Canal in 1848. This helped make a very strong agricultural sector into a central hub for moving crops and other commodities, benefitting the county and much of the state's economy.

Cook County's population is larger than that of 28 individual U.S. states, and the combined populations of the seven smallest states. It is included in the Chicago–Naperville–Elgin, IL–IN–WI Metropolitan Statistical Area, and is surrounded by what are known as the five collar counties.

Cook County was created on January 15, 1831, out of Putnam County by an act of the Illinois General Assembly. It was the 54th county established in Illinois and was named after Daniel Cook, one of the earliest and youngest statesmen in Illinois history. He served as the second U.S. Representative from Illinois and the state's first Attorney General. In 1839, DuPage County was carved out of Cook County. 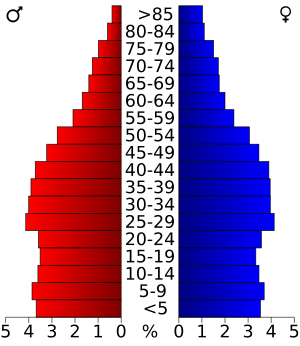 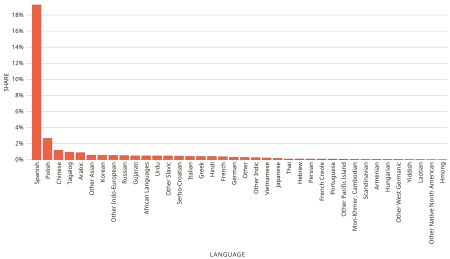 The county is divided into 29 townships, in addition to the cities of Chicago and Evanston. 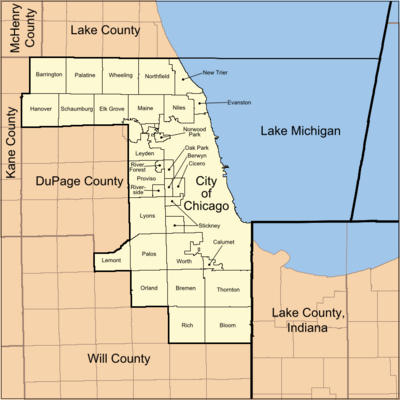 The 29 townships of Cook County, with their populations as of the 2010 Census, are:

Chicago's eight former townships and annexed parts of others no longer have any governmental structure or responsibility since their annexations, but their names and boundaries are still used on property plats and by Cook County for tax assessment purposes.

In 2014, Evanston Township was dissolved by voters and its functions were absorbed by the city of Evanston.

Construction of the Erie Canal in New York State made a connection from the Atlantic Ocean to the Great Lakes in 1821. As the Midwest farms proved productive, with much grain to sell to other parts of the US, Chicago and Cook County saw the benefit of a canal to improve the link from the Great Lakes to the Mississippi River. The Illinois and Michigan Canal was completed in 1848, extending from the Bridgeport neighborhood in Chicago on the Chicago River, to the Illinois River at the cities of LaSalle-Peru. This canal spurred the growth of Chicago and the areas around it, as water travel was the primary way to ship grain or other commodities in that part of the 19th century. The Illinois and Michigan Canal ceased major operation in 1933. Portions are now designated as a National Historic Corridor. The two canals and the Great Lakes cemented trade ties between the Midwest and the Northeast, encouraging farmers to grow more than they needed to feed themselves in Illinois, with a large market for grain now open to them. Towns in Cook County along the Canal grew. From a national perspective, the trade ties made the South region of the US less important to the Northeast as a trade partner.

The Chicago Sanitary and Ship Canal, completed in 1900, largely replaced the functions of the Illinois and Michigan Canal. This canal resulted in the reversal of the direction of flow of the main stem and the South branch of the Chicago River; they used to empty into Lake Michigan and now those river sections flow toward the Des Plaines River. The Sanitary and Ship Canal was built to serve many aims, including ending using Lake Michigan as a sewer, sending waste water through treatment plants and sending it away from Lake Michigan. It is also a waterway for movement of ships.

The next major technology for transportation was railroads. Chicago and the towns along the canal and rivers understood the value of being a hub of a major network. Rail lines spurred out from Chicago by the 1850s, with major growth in the rail network for freight and passenger transportation coming after the Civil War, when the transcontinental railroads were completed, coast to coast across the US, stopping in Chicago, the heart of Cook County.

Following on the well-established position of Chicago as a transportation hub, the Interstate highway network maintained Chicago as a hub of that network, as well as serving the travel needs within the region.

When the age of air travel began in the 20th century, Midway Airport was built on one square mile of land and served as the major Chicago area airport from 1927 to 1955. Midway International Airport has been enlarged and continues to operate as of 2020. As air travel became more important for passenger travel, and then for select freight commodities, O'Hare International Airport was built adjacent to a military airfield in the northwest part of Cook County. The City of Chicago annexed the land for the airport, so that the city controls both airports serving a large area. During the second half of the 20th century, it was the world's busiest airport. The approach of Cook County and Chicago to air travel has been the same as the approach to canal, railroad and highway transportation, to serve as a major national hub.

There has been a long running plan for a third major airport to serve the south side of the city and the southern and southwestern suburbs, the Proposed Chicago south suburban airport intended for Peotone, Illinois. The state of Illinois has been addressing this topic since 1986. Some land has been acquired, but there is not a functioning airport there, as of August 2020.

All content from Kiddle encyclopedia articles (including the article images and facts) can be freely used under Attribution-ShareAlike license, unless stated otherwise. Cite this article:
Cook County, Illinois Facts for Kids. Kiddle Encyclopedia.