Hardin County is a county located in the U.S. state of Tennessee. As of the 2010 census, the population was 26,026. The county seat is Savannah. The county was founded in November 1819 and named posthumously for Col. Joseph Hardin, a Revolutionary War soldier and a legislative representative for the Province of North Carolina; the State of Franklin; and the Southwest Territory. 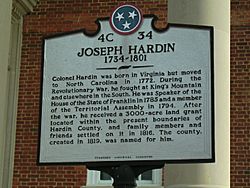 The dedication plaque for the Savannah, TN courthouse which is dedicated to Col. Joseph Hardin.

Two parties of settlers (totaling 26) struck out from Knoxville, Tennessee in late spring of 1816 bound for the general area which would eventually become Savannah, Tennessee. The first party, traveling by boat, came by way of the Tennessee River, landing in May at "the easteward curve of the Tennessee" [sic] at Cerro Gordo. The second, and larger, party had traversed overland and encountered several delays. Upon the arrival of the second group, the parties finally rejoined at Johnson Creek, near present day Savannah. It was now July, and the pioneers set about the laying down of the first permanent settlement by non-Native Americans in the area.

This second party was led by Joseph Hardin, Jr., son of Col. Joseph Hardin who had, before his death, accumulated several land grants to the area as rewards for his Revolutionary War service. Joseph, Jr. was accompanied on the trip by his brother, James Hardin. James was the founder of what would become the first county seat, Hardinville. The settlement was created in 1817 on nearby Hardin’s Creek —on the site of what was later renamed Old Town, Tennessee. Both men executed land grants in the area. They had fought alongside their father in the war and had been likewise rewarded with their own land patents, as well as inheriting some of their father's unclaimed grants.

Other settlers in the expedition continued further downriver, establishing another community at Saltillo, in 1817.

For eleven days after its initial establishment (in November 1819), the boundaries of Hardin County reached from Wayne County west to the Mississippi River. The establishment of then neighboring Shelby County and others continued to diminish the size of Hardin until it reached its present boundaries. The county was named for Revolutionary War veteran, Joseph Hardin, a former colonial assemblyman for the Province of North Carolina, Speaker of the House for the unrecognized State of Franklin and a territorial legislator of the Southwest Territory.

Hardin County was the site of the 1862 Battle of Shiloh (also known as the Battle of Pittsburg Landing) during the Civil War. The battleground is several miles south of Savannah, and extends into Tishomingo County, Mississippi. 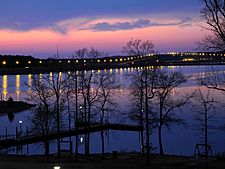 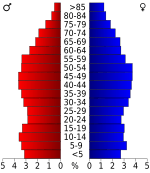 All content from Kiddle encyclopedia articles (including the article images and facts) can be freely used under Attribution-ShareAlike license, unless stated otherwise. Cite this article:
Hardin County, Tennessee Facts for Kids. Kiddle Encyclopedia.