John Leonard "Jack" Swigert Jr. (August 30, 1931 – December 27, 1982) was an American test pilot, mechanical and aerospace engineer, United States Air Force pilot, and NASA astronaut, one of the 24 people who have flown to the Moon.

Before joining NASA in 1966, Swigert was a civilian test pilot and fighter pilot in the Air National Guard. After leaving NASA, he was elected to Congress from Colorado's new 6th district, but died before being sworn in. 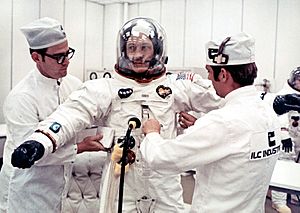 Born in Denver, Colorado, at the age of 14, he became fascinated by aviation. While he would have been content just watching planes take off from nearby Combs Field, young Jack became determined to do more than be a spectator. He took on a newspaper route to earn money for flying lessons, and by age 16 he was a licensed private pilot.

His recreational interests included golf, handball, bowling, skiing, swimming, and basketball. His hobbies included photography. He was a member of the Boy Scouts of America and attained the rank of Second Class Scout. 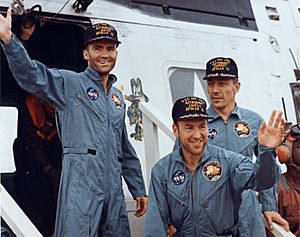 Following his graduation from Colorado in 1953, Swigert joined the U.S. Air Force. Upon graduation from the Pilot Training Program and Gunnery School at Nellis Air Force Base, Nevada, he was assigned as a fighter pilot in Japan and Korea. In the latter nation, he experienced his first narrow escape from death. According to the New York Times, "His plane crashed into a radar unit on a Korean airstrip and burst into flames." He walked away from the accident with minor injuries.

After completing his tour of active duty in the Air Force, he served as a jet fighter pilot with the Massachusetts (1957–1960) and Connecticut Air National Guard (1960–1965). Swigert held a position as engineering test pilot for North American Aviation before joining NASA. He was previously an engineering test pilot for Pratt & Whitney, from 1957 to 1964. He logged over 7,200 hours in flight, with more than 5,725 in jet aircraft. 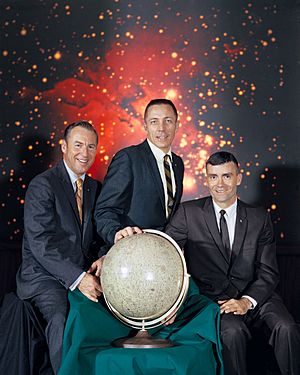 After unsuccessfully applying for NASA's second and third astronaut selections, Swigert was accepted into the NASA Astronaut Corps as part of NASA Astronaut Group 5 in April 1966. Swigert became a specialist on the Apollo Command Module: he was one of the few astronauts who requested to be command module pilots.

Swigert was one of three astronauts aboard the Apollo 13 moon mission launched April 11, 1970. Originally part of the backup crew for the mission, he was assigned to the mission three days before launch, replacing astronaut Ken Mattingly. The prime crew had been exposed to German Measles (the rubella virus) and, because Mattingly had no immunity to the disease, NASA did not want to risk his falling ill during critical phases of the flight.

The mission was the third lunar-landing attempt, but was aborted after the rupture of an oxygen tank in the spacecraft's service module. Swigert was the astronaut who made the dramatic announcement, "Houston, we've had a problem here". The statement was then repeated by Commander of the flight Jim Lovell. Swigert, along with fellow astronauts Lovell and Fred Haise, returned safely to Earth on April 17 after about 5 days and 23 hours, and received the Presidential Medal of Freedom the next day. 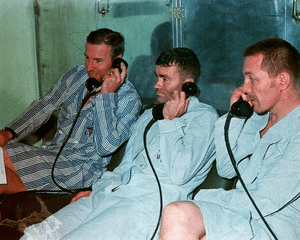 Swigert took a leave of absence from NASA in April 1973 to become executive director of the Committee on Science and Astronautics, U.S. House of Representatives.

Swigert eventually left NASA and the committee in August 1977, to enter politics. In 1979, he became vice president of B.D.M. Corporation, Golden, Colorado. In 1981, Swigert left BDM to join International Gold and Minerals Limited as vice president for financial and corporate affairs.

In February 1982, Swigert left International Gold and Minerals Limited to run for U.S. Congress as a Republican. On November 2, 1982, Swigert easily won the seat in the state's new 6th congressional district with 64% of the popular vote. 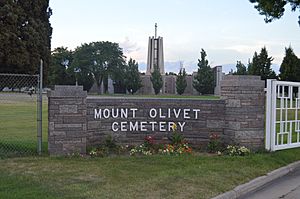 In 1982, during his political campaign, Swigert developed a malignant tumor in his right nasal passage. He underwent surgery, but the cancer spread to his bone marrow and lungs. Seven weeks after the election, he was airlifted on December 19 from his home to Georgetown University Hospital in Washington, D.C., and died of respiratory failure on December 27, eight days before the beginning of his congressional term. He died at the age of 51. He is buried in Mount Olivet Cemetery in Wheat Ridge, Colorado. 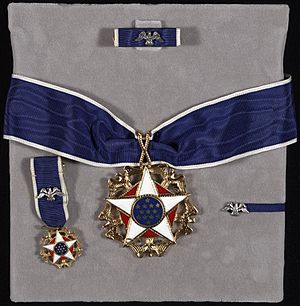 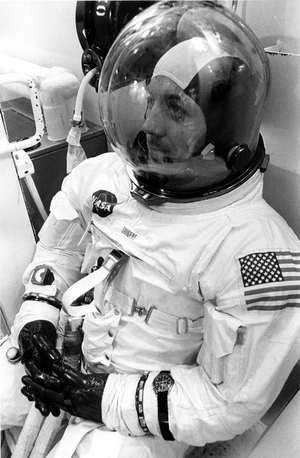 All content from Kiddle encyclopedia articles (including the article images and facts) can be freely used under Attribution-ShareAlike license, unless stated otherwise. Cite this article:
Jack Swigert Facts for Kids. Kiddle Encyclopedia.