Jacques Joseph Charles Villeneuve born April 9, 1971, is a Canadian professional auto racing driver and amateur musician. Villeneuve won the 1995 CART Championship, the 1995 Indianapolis 500 and the 1997 Formula One World Championship, making him only the third driver after Mario Andretti and Emerson Fittipaldi to achieve such a feat. As of 2017[update], no other Canadian has won the Indianapolis 500 or the Formula One Drivers' title.

Born in St-Jean-sur-Richelieu, Quebec, Villeneuve's father was Gilles Villeneuve, a Formula One driver killed during qualifying at the 1982 Belgian Grand Prix when Jacques was only eleven years old. His uncle, also named Jacques , was a moderately successful driver in American and Canadian road racing, winning one IndyCar race.

Young Jacques, following his family's racing footsteps, first competed in the Italian Formula 3 series from 1989 through 1991. In 1992, he raced in the Japanese Formula 3 series, winning three races and placing second in the championship.

In 1993, Jacques moved to the North American Toyota Atlantic racing series, where he won five races. He moved to Champ Car in 1994, and was the series Rookie of the Year after a string of strong results, including his first victory at Elkhart Lake, Wisconsin. In 1995, he won the Indianapolis 500 (running 505 miles due to a 2-lap penalty) on his way to winning the championship.

Villeneuve during qualifying for the 2015 Punta del Este ePrix

In 1996, he moved to Formula One with the Williams team. His debut was nothing less than spectacular, as he became only the second Formula One driver in history to achieve both a pole and a podium position in his maiden grand prix. He led the race until an engine problem caused by an earlier off-course moment forced him to slow and settle for second behind teammate Damon Hill.

He won four races that year, reached the podium 11 times, and finished with 78 points — all rookie records, which still stand today. He finished with 10 poles, 8 podiums, and 81 points, clinching the title in dramatic fashion by beating Ferrari rival Michael Schumacher in the final race of the year.

Inactive for most of the 2004 season, Villeneuve's absence nevertheless had a strong impact on the Formula One season, especially in light of Schumacher's dominance. In September, Villeneuve returned to Formula One, driving the final three Grands Prix of the season for French-based Renault. Villeneuve also signed a two-year contract to drive for Sauber, starting in 2005. 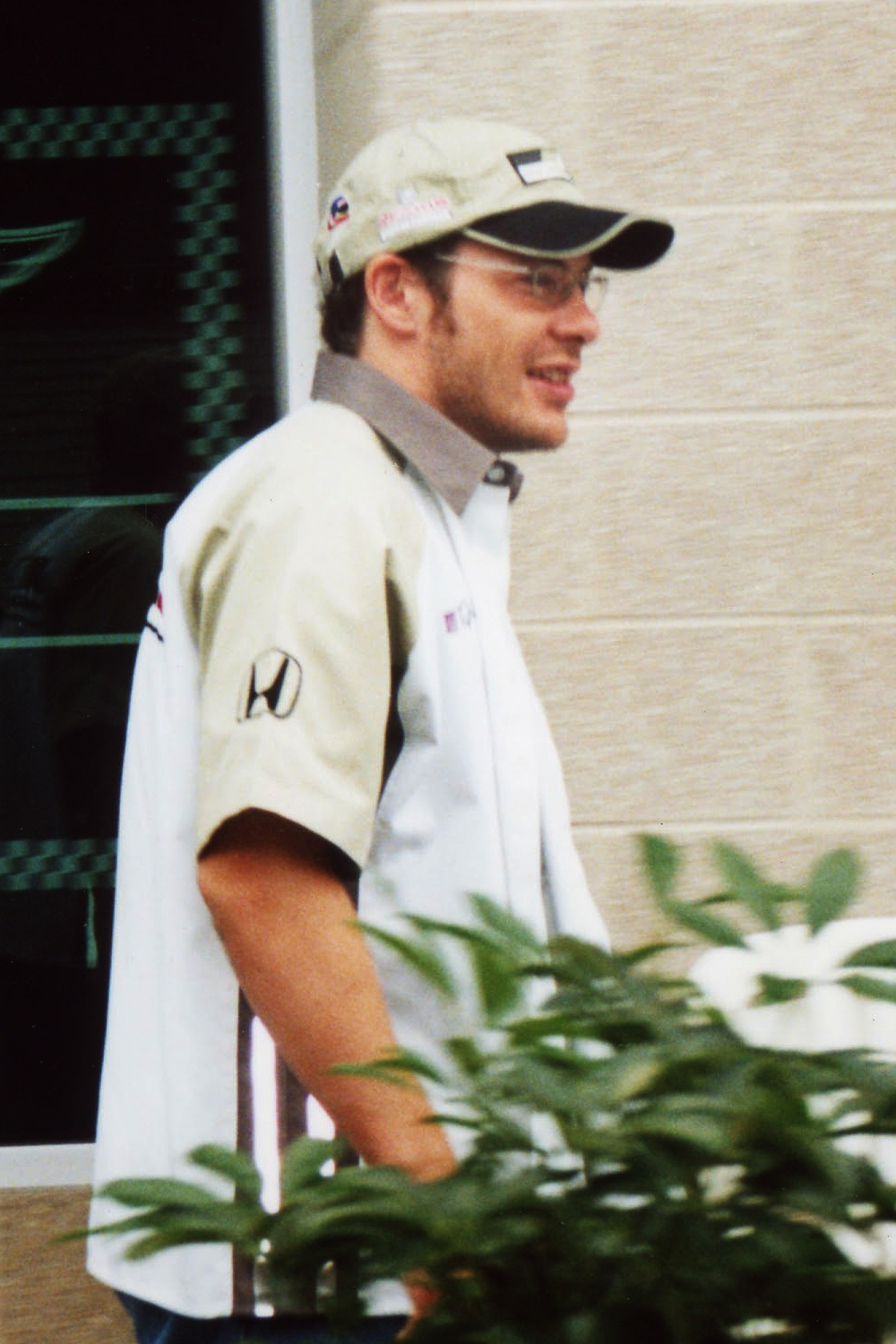 Villeneuve was engaged to Australian singer Dannii Minogue in the late 1990s and was once engaged to American ballerina Ellen Green. He married his Parisienne girlfriend Johanna Martinez on May 29, 2006, at a civil ceremony in Switzerland. After the ceremony, it was announced the Villeneuves were expecting a baby in November. Johanna gave birth to a son, Jules, on November 14, 2006. Their second son Joakim was born on December 23, 2007. The couple divorced in July 2009. In June 2012, Villeneuve married Camila Lopes, with whom he has had two more sons, Benjamin and Henri.

From 1996 to 2002 he lived in Monaco, and from 2002 to 2007 he lived in Switzerland. In 2007 he moved to Quebec, buying a $3 million house in Westmount, Montreal, with his mother acting as real estate agent. Villeneuve owned a nightclub and restaurant in Montreal called Newtown, but he sold it in 2009.

All content from Kiddle encyclopedia articles (including the article images and facts) can be freely used under Attribution-ShareAlike license, unless stated otherwise. Cite this article:
Jacques Villeneuve Facts for Kids. Kiddle Encyclopedia.