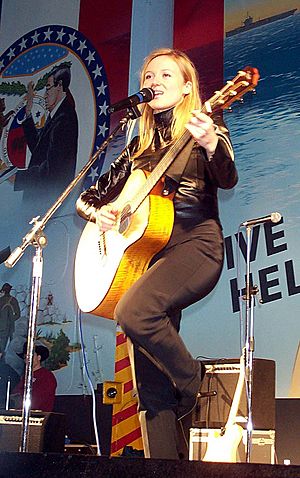 Jewel Kilcher (born May 23, 1974), known simply as Jewel, is an American singer-songwriter. She has had four Grammy Award nominations. Jewel was born in Payson, Utah, but raised in Anchorage, Alaska.

All content from Kiddle encyclopedia articles (including the article images and facts) can be freely used under Attribution-ShareAlike license, unless stated otherwise. Cite this article:
Jewel (singer) Facts for Kids. Kiddle Encyclopedia.