The Kingdom of Italy was a state which existed from 1861—when King Victor Emmanuel II of Sardinia was proclaimed King of Italy—until 1946—when civil discontent led an institutional referendum to abandon the monarchy and form the modern Italian Republic. The state was founded as a result of the unification of Italy under the influence of the Kingdom of Sardinia, which can be considered its legal predecessor state.

Italy declared war on Austria in alliance with Prussia in 1866 and received the region of Veneto following their victory. Italian troops entered Rome in 1870, thereby ending more than one thousand years of Papal temporal power. 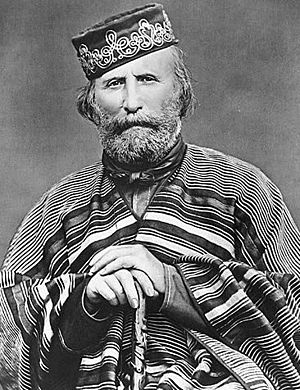 Italy entered into a Triple Alliance with Germany and Austria-Hungary in 1882, following strong disagreements with France about the respective colonial expansions. However, even if relations with Berlin became very friendly, the alliance with Vienna remained purely formal as the Italians were keen to acquire Trentino and Trieste, corners of Austria-Hungary populated by Italians.

So in 1915, Italy accepted the British invitation to join the Allied Powers, as the western powers promised territorial compensation (at the expense of Austria-Hungary) for participation that was more generous than Vienna's offer in exchange for Italian neutrality. Victory in the war gave Italy a permanent seat in the Council of the League of Nations. 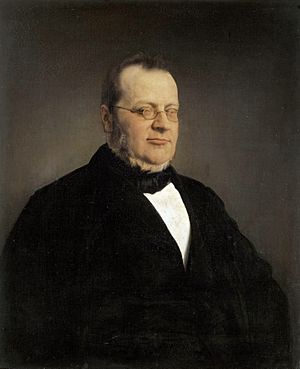 "Fascist Italy" is the era of National Fascist Party government from 1922 to 1943 with Benito Mussolini as head of government. The fascists imposed totalitarian rule and crushed the political and intellectual opposition, while promoting economic modernization, traditional social values and a rapprochement with the Roman Catholic Church.

Italy was an important member of the Axis powers in World War II, battling on several fronts with initial success. However, after the German-Italian defeat in Africa and Soviet Union and the subsequent Allied landings in Sicily, King Victor Emmanuel III placed Mussolini under arrest, and the Fascist Party in areas controlled by the Allied invaders was shut down. The new government signed an armistice on September 1943. 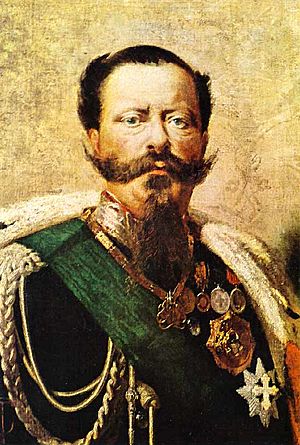 Victor Emmanuel II, the first King of the united Italy

German forces immediately occupied northern Italy with Fascists' help, setting up the Italian Social Republic, a collaborationist puppet state still led by Mussolini and his Fascist loyalists. As a consequence, the country descended into civil war, with the Italian Co-belligerent Army and the resistance movement contended the Social Republic's forces and its German allies.

Much like Japan and Germany, the aftermath of World War II left Italy with a destroyed economy, a divided society and anger against the monarchy for its endorsement of the Fascist regime for the previous twenty years.

Shortly after the war and the liberation of the country, civil discontent led to the institutional referendum on whether Italy would remain a monarchy or become a republic. Italians decided to abandon the monarchy and form the Italian Republic, the present-day Italian state.

Italian society after unification and throughout most of the Liberal Period was sharply divided along class, linguistic, regional and social lines. The North-South divide is still present to this day.

All content from Kiddle encyclopedia articles (including the article images and facts) can be freely used under Attribution-ShareAlike license, unless stated otherwise. Cite this article:
Kingdom of Italy (1861–1946) Facts for Kids. Kiddle Encyclopedia.