Kurtis Eugene Warner (born June 22, 1971) is an American former football quarterback. He played for three National Football League (NFL) teams: the St. Louis Rams, the New York Giants, and the Arizona Cardinals. He was originally signed by the Green Bay Packers as an undrafted free agent in 1994 after playing college football at Northern Iowa.

Warner first attained stardom while playing for the St. Louis Rams from 1998 to 2003, where he won NFL MVP awards in 1999 and 2001 as well as the Super Bowl MVP award in Super Bowl XXXIV when he and the Rams beat the Tennessee Titans. He led the 2008 Arizona Cardinals to Super Bowl XLIII (the franchise's first Super Bowl berth), and owns three of the top five highest single-game passing yardage totals in Super Bowl history.

Warner is one of only two quarterbacks to win the Super Bowl in their first season as a starter, the other being Tom Brady. He is also the only undrafted player in NFL history to win the NFL MVP award, and the only undrafted quarterback to lead his team to a Super Bowl victory. Warner currently holds the tenth-highest career passer rating of all-time, and the fourth-highest career completion percentage in NFL history.

He announced his retirement after the conclusion of the 2009 season. 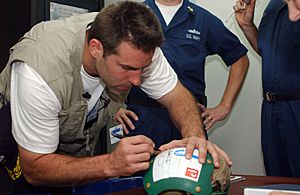 Kurt Warner was born to Gene and Sue Warner. Warner's parents divorced when he was six. Kurt and his brother lived with their mother.

Kurt graduated in 1989 from Regis High School, Cedar Rapids, Iowa, where he was quarterback of the school's Class 3A football team. 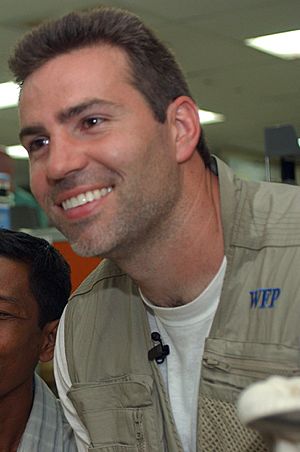 After graduation from high school, he attended the University of Northern Iowa, graduating in 1993. At UNI, Warner was third on the Panthers' depth chart until his senior year. When Warner was finally given the chance to start, he was named the Gateway Conference's Offensive Player of the Year.

Warner graduated from University of Northern Iowa in 1993 with a degree in communications. 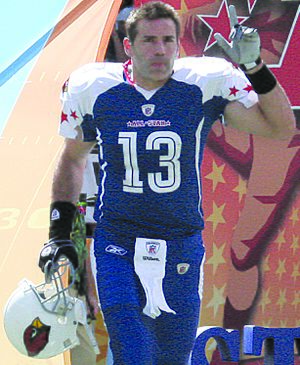 Following his college career, Warner went undrafted in the 1994 NFL Draft. He was invited to try out for the Green Bay Packers' training camp in 1994, but was released before the regular season began. Warner was competing for a spot against Brett Favre, Mark Brunell, and former Heisman Trophy winner Ty Detmer.

After his release, Warner stocked shelves at a Hy-Vee grocery store in Cedar Falls for $5.50 an hour. Warner often cites this starting point when telling of his rise to NFL stardom in 1999.

He also mentions that his deepened dedication to Christianity occurred around 1997.

Warner returned to Northern Iowa and worked as a graduate assistant coach with the football team, while still hoping to get another tryout with an NFL team. 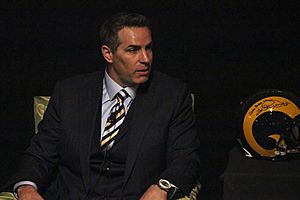 Kurt Warner inducted into the St.Louis Sports hall of fame 2014

With no NFL teams willing to give him a chance, Warner turned to the Arena Football League (AFL) in 1995, and signed with the Iowa Barnstormers. He was named to the AFL's First-team All-Arena in both 1996 and 1997 after he led the Barnstormers to ArenaBowl appearances in both seasons. Warner's performance was so impressive that he was later named twelfth out of the 20 Best Arena Football Players of all time.

Before the 1997 AFL season, Warner requested and got a tryout with the Chicago Bears, but an injury to his throwing elbow caused by a spider bite sustained during his honeymoon prevented him from attending.

In 2000, after Warner's breakout NFL season, the AFL used his new fame for the name of its first widely available video game, Kurt Warner's Arena Football Unleashed. On August 12, 2011, he was named as an inductee into the Arena Football Hall of Fame. 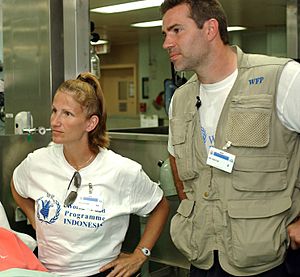 Warner officially announced his retirement from the National Football League in January 2010. He said he was looking forward to finally being a true father to his seven kids, and that he wanted to spend time with his wife. He spoke on the impact and influence of his family, former teammates, and God.

He became eligible for induction into the Hall of Fame following the 2014 season. In December 2014, Warner admitted he briefly considered coming out of retirement and returning to the Cardinals following the team losing Carson Palmer and Drew Stanton due to injuries. 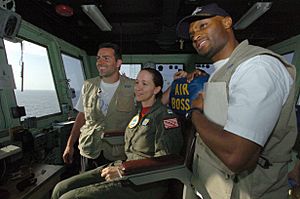 Warner was inducted into the St. Louis Sports Hall of Fame in 2014.

All content from Kiddle encyclopedia articles (including the article images and facts) can be freely used under Attribution-ShareAlike license, unless stated otherwise. Cite this article:
Kurt Warner Facts for Kids. Kiddle Encyclopedia.