A view of Antietam National Battlefield, site of one of the bloodiest battles of the American Civil War 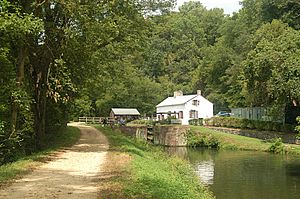 The C&O Canal at Swain's Lock. The canal runs between Washington, DC and Cumberland, Maryland. 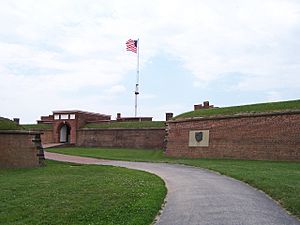 The sally port, or main entrance, to Fort McHenry in Baltimore. The Battle of Fort McHenry in the War of 1812 inspired Francis Scott Key to write the Star Spangled Banner. 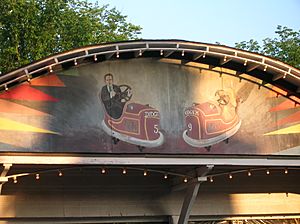 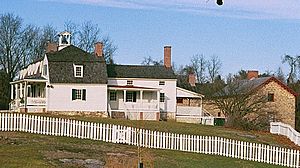 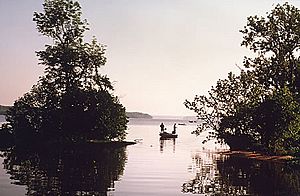 View of the Potomac River at Piscataway Park

Haberdaventure, the home of Thomas Stone, a signer of the Declaration of Independence, centerpiece of the Thomas Stone National Historic Site.

All content from Kiddle encyclopedia articles (including the article images and facts) can be freely used under Attribution-ShareAlike license, unless stated otherwise. Cite this article:
List of National Park Service areas in Maryland Facts for Kids. Kiddle Encyclopedia.