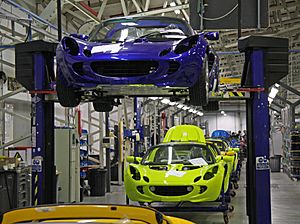 Lotus Cars is a British builder of sports and racing cars. It is based at the old site of RAF Hethel, a World War II airfield in Norfolk. The company designs and builds race and production cars. The cars are build to have a low weight. The cars handle well (they can turn, start and stop quickly.)

Lotus is owned by Proton. Proton took over Lotus after the bankruptcy of former owner Bugatti in 1994.

In 1959, the company moved to Cheshunt into a factory built to make cars. Since 1966 the company has been in a modern factory and road test facility at Hethel, near Wymondham. This site is the former RAF Hethel base. The test track uses parts of the old runway.

Chapman died of a heart attack in 1982 at the age of 54. The car maker built tens of thousands of successful racing and road cars. They won the Formula One World Championship seven times. At the time of his death he was linked with the DeLorean scandal over the use of government subsidies for the production of DeLorean DMC-12 for which Lotus had designed the chassis.

In 1986, the company was bought by General Motors. On 27 August 1993, GM sold the company to Bugatti Automobili SpA. In 1996, a majority share in Lotus was sold to Proton, a Malaysian car company.

The four letters in the middle of the logo stand for the initials of Anthony Colin Bruce Chapman. 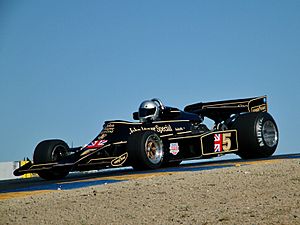 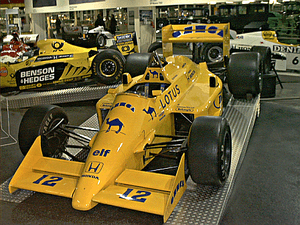 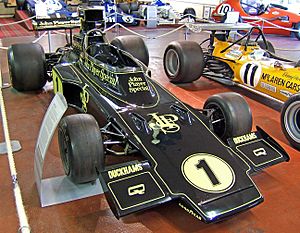 The Lotus Cars helped its customers to race its cars. They entered Formula One through its sister company Team Lotus in 1958. In 1960, Lotus got its first win in F1. A Lotus 18 driven by Stirling Moss won at Monaco. The car was entered by privateer Rob Walker.

They had big success in 1963 with the Lotus 25. With Jim Clark driving, Lotus its first F1 World Constructors Championship. Clark had a bad crash in a Formula Two Lotus 48 in April 1968. He was killed in the crash. It was a severe blow to the team and to Formula One. Clark was the dominant driver with the best car at the time. He is an important part of Lotus' early years. The 1963 championship was won by Clark's teammate, Graham Hill.

Lotus made the mid-engined layout popular for IndyCars. They developed the first monocoque Formula One chassis. They also made the engine and transaxle a part of the chassis. A transaxle is a combination of the transmission and rear axle. Lotus was also among the first in Formula One to add wings and shape the bottom of the car. This created aerodynamic downforce. They were the first to move radiators to the sides of the car. This improved the aerodynamic performance of the car. Lotus also developed active suspension.

After Chapman's death, until the late 1980s, Lotus was still to be a major player in Formula One. Ayrton Senna drove for the team from 1985 to 1987. Senna won twice in each year and earned 17 pole positions. By the company's last Formula One race in 1994, the cars were not competitive. Lotus won a total of 79 Grand Prix races. Lotus was the first team to achieve 50 Grand Prix victories.

In 1992, Team Lotus started Classic Team Lotus for the Works historic motorsport activity. Classic Team Lotus keeps Lotus F1 cars fixed and in running condition. They race them in the FIA Historic Formula One Championship. It keeps the Team Lotus archive and the Works Collection of cars. It is managed by Clive, Chapman, the son of Colin Chapman. At the end of the 1994 season, Lotus left Formula One racing.

In December 2010 Group Lotus (Proton) purchased part of the Renault F1 team. They announced the team would be now be known as Lotus Renault GP. Lotus Renault GP will compete in Formula One starting in 2011. 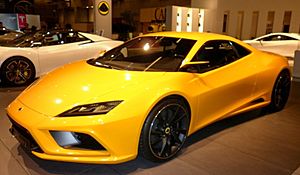 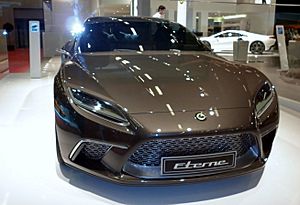 At the 2010 Paris Motorshow, Lotus announced five new models. These will be introduced over the next five years. 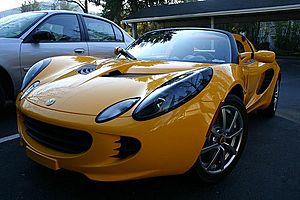 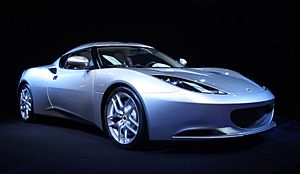 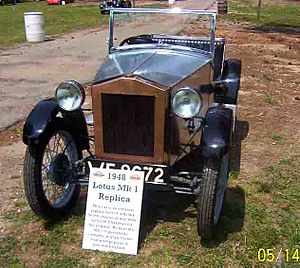 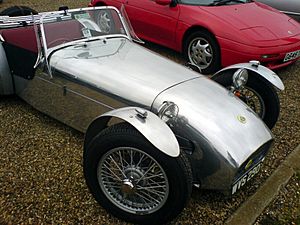 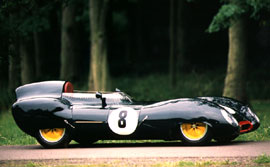 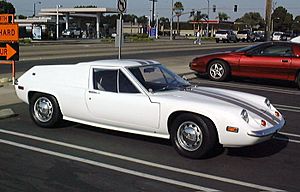 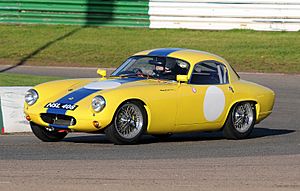 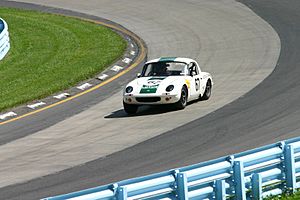 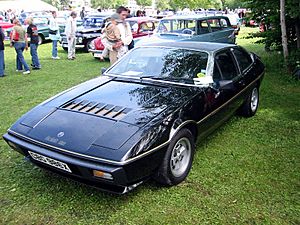 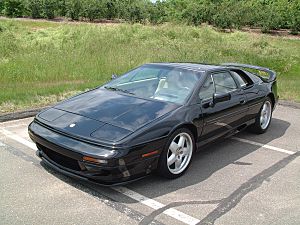 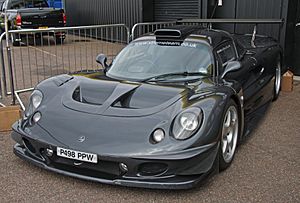 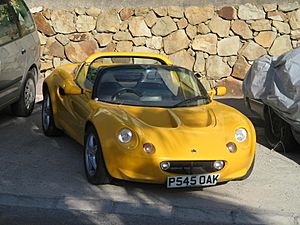 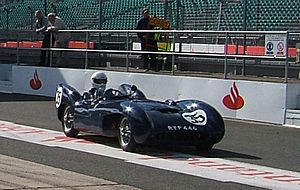 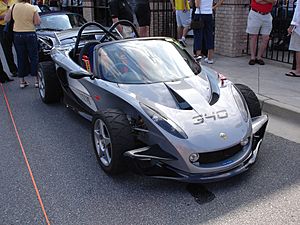 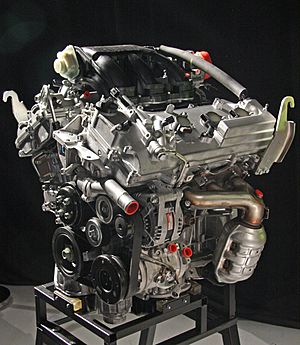 Lotus Engineering Limited, is an offshoot of Lotus Cars. They consult with other companies that build car and car equipment.

The APX (also known as the "Aluminum Performance Crossover") is an aluminum concept vehicle revealed at the 2006 Geneva Motor Show. It is built on Lotus Engineering's Versatile Vehicle Architecture (VVA).

The VVA design will be used in a new mid-engined sports car for Lotus cars. The APX is a high performance 7 seat Multi Purpose Vehicle. It is four-wheel drive and has a front mounted V6 engine.

Projects worked on by Lotus Engineering 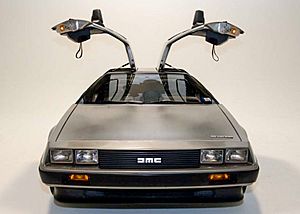 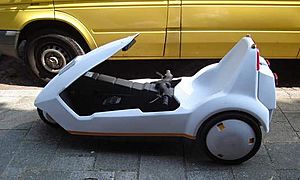 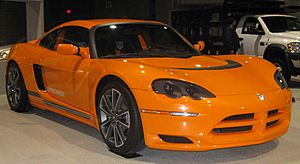 Examples of work done by Lotus Engineering include:

Lotus Engineering has established a group dedicated to hybrid and electric vehicles.

Lotus plans to enter the electric vehicle race, CEO Michael Kimberley told the Financial Times . "Don’t be surprised to see an electric Lotus shortly,” he said, adding that a concept version could debut as early as March 2009, at Geneva Motor Show. Lotus is now front and center in the electric-car arena.

Lotus did not reveal details about the car or the engine but discloses that it will go for 300 to 400 miles (640 km) and it will really live up to the expectations of being one of the best electric cars in the world.

Lotus joined Jaguar Cars, MIRA Ltd and Caparo on a luxury hybrid executive sedan project called "Limo-Green"—funded by the UK Government Technology Strategy Board. The vehicle will be a series plug-in hybrid.

Tesla Motors, a likely rival for Lotus if its plans go through, has also turned to contractors for parts of the all-electric Roadster. Of note however, is the fact that Tesla currently obtains the chassis for their Roadster from Lotus as do Dodge for their EV because of the heavy weight of the batteries in an EV and Lotus's widely known low weight and sharp handling characteristics. While only 10% of the parts of the Tesla Roadster are shared with the Lotus Elise, Lotus is responsible for approximately 40% of the overall content of the car.

Lotus Cars were awarded the Queen's Award for Enterprise for contribution to International Trade, one of 85 companies receiving the recognition in that category in 2002. Lotus cars wore the badge of the award for a number of years.

All content from Kiddle encyclopedia articles (including the article images and facts) can be freely used under Attribution-ShareAlike license, unless stated otherwise. Cite this article:
Lotus Cars Facts for Kids. Kiddle Encyclopedia.