Education commissioners in the reign of Edward VI (1547–53) noted the lack of schooling in Newent, then a market town with over 500 inhabitants, but "all the youth of a great distance there hence rudely brought up and in no manner of knowledge and learning, where were a place meet to... erect a school for the better and more godly bringing up of the same youth." Today's Newent has three schools, two of them federated, all within the town. The federated Glebe Infant School and Picklenash Junior School provides primary education. Newent Community School offers secondary and tertiary education to those aged 11 and up.

The nearest railway station is 9 miles (14.5 km) away at Ledbury on the Cotswold Line. Bus routes through the town connect it to Ross and Gloucester.

Newent used to be served by Newent railway station on the Ledbury and Gloucester Railway, which opened in 1885, opposite what is now the fire station. It was closed to passengers in 1959 and for freight traffic in 1964. The buttresses of the Station Bridge can be seen in Old Station Road. 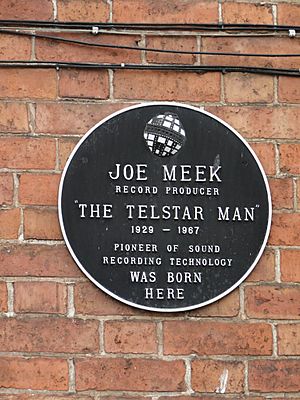 All content from Kiddle encyclopedia articles (including the article images and facts) can be freely used under Attribution-ShareAlike license, unless stated otherwise. Cite this article:
Newent Facts for Kids. Kiddle Encyclopedia.