Rhinebeck is a village in the town of Rhinebeck in Dutchess County, New York, United States. The population was 2,657 at the 2010 census. It is part of the Poughkeepsie–Newburgh–Middletown, NY Metropolitan Statistical Area as well as the larger New York–Newark–Bridgeport, NY-NJ-CT-PA Combined Statistical Area. 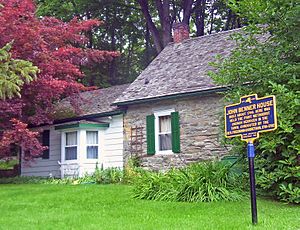 European settlement in the Rhinebeck area dates to 1686, when a group of Dutch crossed the river from Kingston and bought 2,200 acres (890 ha) of land from the local Iroquois nation. Later, Henry Beekman obtained a patent for the land and saw a need for development to begin. He brought into the area Casper Landsman, a miller, and William Traphagen, a builder. In 1703, the New York colonial assembly approved money for the construction of the King's Highway, later known as the Albany Post Road and today most of Route 9. Three years later Traphagen bought a tract of land in Beekman's patent where the King's Highway intersected the Sepasco Indian Trail, the route today followed by Market Street. He built a house and tavern on the trail a short distance west of the King's Highway. This was the beginning of Rhinebeck.

A decade later, in 1715, Beekman's son brought in 35 German Palatines who had fled religious persecution at home and had just concluded an attempt to produce naval stores for the British government on the lands of Robert Livingston to the north in what is now Columbia County. The village grew with the new arrivals. New trades established themselves, and in 1733 the Reformed Dutch Church was built. Its first building was on the site of its current one at Mill and South streets. In 1766 the beginnings of the current Beekman Inn were erected. It has remained in operation as a hotel ever since. 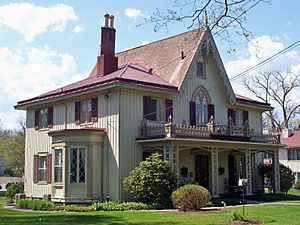 The Henry Delamater House, in the Rhinebeck Village Historic District

In the mid-1770s, a former soldier named Richard Montgomery moved from Knight's Bridge (now the Bronx) into the Rhinebeck village with his new wife, a member of the Livingston family. He had just begun to settle into life as a farmer when the American Revolution began. After being elected to the New York Provincial Congress, he was commissioned a general in the Continental Army, and died at the end of 1775 in the Battle of Quebec. Montgomery's cottage still stands, although it was moved to 77 Livingston Street, where it houses the local Daughters of the American Revolution chapter; the street it was on was later named in his honor. 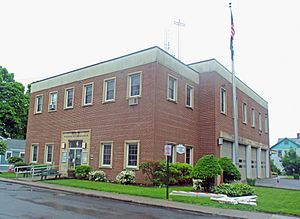 After independence, the village continued to grow. The town of Rhinebeck, which contains the village, was organized in 1788. The current Dutch Reformed Church was built in 1802, making it the oldest church in the village. The current route of East Market Street was laid out the same year during construction of the Ulster-Saulsbury Turnpike, later to become Route 308. Rhinebeck continued to attract politicians. George Washington visited in 1796, dining at Bogardus's, the second Traphagen Tavern, when he stayed at a nearby friend's house. During the 1804 gubernatorial election, both Aaron Burr and Morgan Lewis used taverns in Rhinebeck as campaign headquarters.

The village was incorporated in 1834. Ten years later, Alexander Jackson built the Henry Delamater House at 44 Montgomery Street. It still stands today, one of the best examples of the early use of the Gothic Revival style in American residential architecture.

By the 1850s, Rhinebeck had grown even further and acquired a reputation as a woodworking center. The town's name on milled products was a symbol of quality, and its furniture was shipped as far away as South Carolina. It was said to have no better in making carriages, coaches and sleighs. Some makers of clothing also achieved national prestige. The area was also acquiring a cachet as a location for the country estates of the Gilded Age wealthy, and those people could frequently be seen in town during the summer and on weekends. 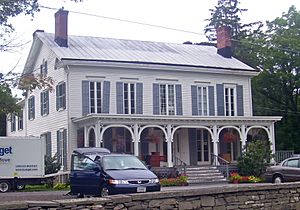 In 1885, former congressman and ambassador to France Levi P. Morton settled in Bois Dore on Mill Street. Benjamin Harrison chose him to be his running mate on the 1888 Republican ticket. Harrison was visiting him in Rhinebeck later that year when word came to them that they had just been elected. Later, Morton would serve as governor of the state. He died there in 1920 and is buried in Rhinebeck Cemetery.

The end of the 19th century saw a new industry center on Rhinebeck: the cultivation of violets. Roughly 20% of the village's population during the Gay Nineties was in this business in some way, and the total crop was later estimated to have exceeded a million dollars in value some years. Several of the "violet houses" built during this era survive and are located in the district.

An 1890 map of the village shows it as nearly coterminous with today's historic district. That area has remained mostly as it was at that time. A third president, Franklin D. Roosevelt, himself a native of nearby Hyde Park, would play a role in the town's history during the later years of the Great Depression when he oversaw the design process for the new post office. He had long promoted Dutch-style fieldstone as a material for public buildings in the area, and told the architects to use Henry Beekman's house (burned in a 1910 fire) as their model and some of its remaining stones for the post office. He spoke at the dedication ceremony and helped lay the cornerstone. The oldest building in the village is the Benner House, built in 1739. 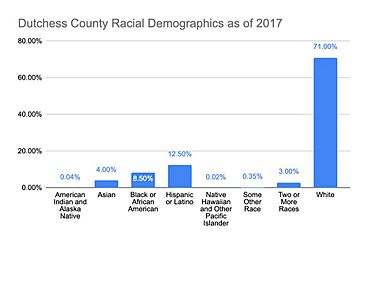 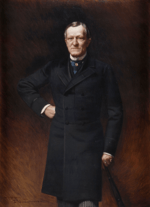 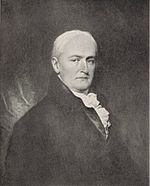 All content from Kiddle encyclopedia articles (including the article images and facts) can be freely used under Attribution-ShareAlike license, unless stated otherwise. Cite this article:
Rhinebeck (village), New York Facts for Kids. Kiddle Encyclopedia.