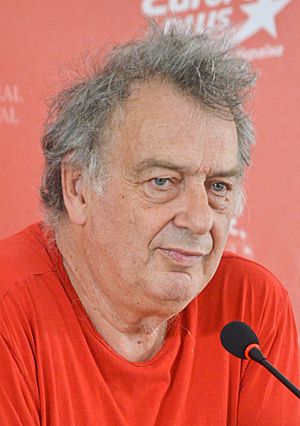 Stephen Arthur Frears (born 20 June 1941) is an English movie and television director. He was born in Leicester, England. Frears has directed numerous movies since the 1980s including My Beautiful Laundrette, Dangerous Liaisons, High Fidelity, The Queen, Philomena, and Florence Foster Jenkins. He has been nominated for two Academy Awards for Best Director: for The Grifters and The Queen. In 2008 The Daily Telegraph named him among the 100 most influential people in British culture.

All content from Kiddle encyclopedia articles (including the article images and facts) can be freely used under Attribution-ShareAlike license, unless stated otherwise. Cite this article:
Stephen Frears Facts for Kids. Kiddle Encyclopedia.