Kids Encyclopedia Facts
This page is about the year 1 AD. For the actual number, see one.

The year 1 (I) was a common year starting on Saturday of the Julian calendar. The year started on a Monday in the Gregorian calendar. It was the first year of the 1st century and 1st millennium.

At the time, it was known as the Year of the Consulship of Caesar and Paullus. The denomination 1 for this year has been used since the early medieval period, when the Anno Domini calendar era became the main method in Europe for naming years. The year before this is 1 BC in the widely used Julian calendar. 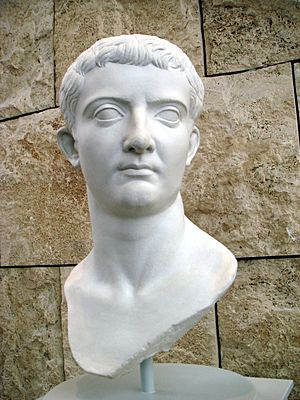 A bust of Tiberius. 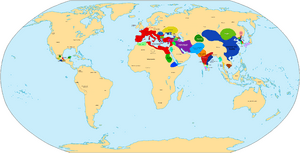 The World in year one.

All content from Kiddle encyclopedia articles (including the article images and facts) can be freely used under Attribution-ShareAlike license, unless stated otherwise. Cite this article:
1 Facts for Kids. Kiddle Encyclopedia.