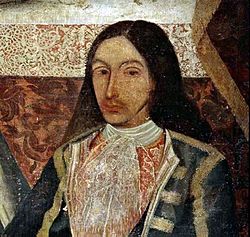 He was noted for his commercial activities and for his frequent religious donations and aid to the poor. In his role as a privateer, he dominated the route between Cadiz and the Caribbean, on several occasions attacking ships belonging to enemies of the Spanish Crown (mainly England and Holland), earning recognition in his time as a hero and coming to be regarded as "the Spanish equivalent of Francis Drake". Because of his service to the Spanish Crown and country, he was declared a Caballero hijodalgo in 1725 and obtained certification of nobility and royal arms in 1727.

He felt a considerable devotion for Sister Mary of Jesus de León y Delgado, even financing his funeral and his grave. He made several donations with the aim of improving the lives of the poorest of Tenerife, especially for the improvement of the living conditions of the inmates of the prison of San Cristóbal de La Laguna.

His figure has been wrapped in a halo of romanticism that has related to piracy, hidden treasures and illicit romances. Different authors have taken advantage of this mysticism that surrounds his figure to elaborate his novels. In addition, the video game company Ubisoft sent a study on Amaro Pargo, emphasizing its physiognomy, facing its possible appearance in the video game Assassin's Creed IV: Black Flag.

All content from Kiddle encyclopedia articles (including the article images and facts) can be freely used under Attribution-ShareAlike license, unless stated otherwise. Cite this article:
Amaro Pargo Facts for Kids. Kiddle Encyclopedia.