Crawford County is a county in the southwest part of the U.S. state of Wisconsin. As of the 2010 census, the population was 16,644. Its county seat is Prairie du Chien.

Along with Brown County, Crawford County is one of Wisconsin's original counties, established by the Michigan Territorial legislature in 1818, and named after William H. Crawford, James Monroe's Treasurer at the time. It originally covered the western half of Wisconsin's present area. In 1836, it was transferred to the newly formed Wisconsin Territory as Michigan prepared for statehood and has gradually been subdivided into its present area.

Three rivers run through the county: The Kickapoo River, nicknamed "the crookedest river in Wisconsin" was carved out by glacial run-off. It is considered one of the best Class 1 paddling rivers in the Midwest. 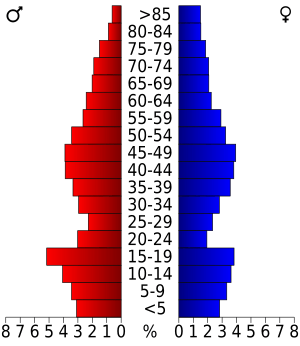 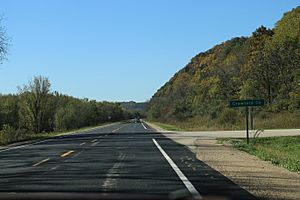 All content from Kiddle encyclopedia articles (including the article images and facts) can be freely used under Attribution-ShareAlike license, unless stated otherwise. Cite this article:
Crawford County, Wisconsin Facts for Kids. Kiddle Encyclopedia.