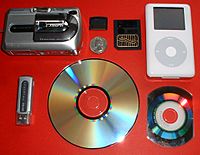 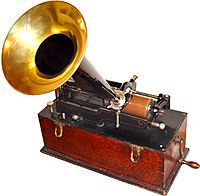 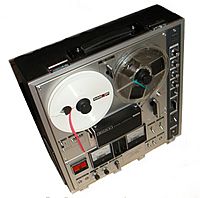 A reel-to-reel tape recorder (Sony TC-630). The magnetic tape is a storage medium. The recorder is data storage equipment using a portable medium (tape reel) to store the data. 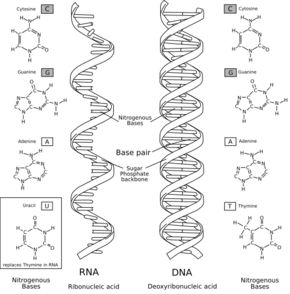 RNA might be the oldest data storage medium, now replaced by DNA in most organisms.

Electronic data storage is storage which requires electricity to store and get back that data. Most storage devices that do not require visual optics to read data fall into this category. Electronic data may be stored in either an analog or digital signal format.

The following are examples of those methods:

A recording medium is a physical material that holds data expressed in any of the existing recording formats. With electronic media, the data and the recording medium is sometimes referred to as "software" despite the more common use of the word to describe computer software. 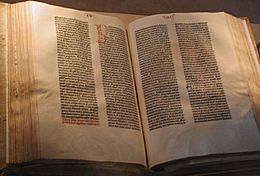 The Gutenberg Bible displayed by the United States Library of Congress, demonstrating printed pages as a storage medium.

Graffiti on a public wall. Public surfaces are being used as unconventional data storage media, often without permission.

A typical way to classify data storage media is to consider its shape and type of movement (or non-movement) relative to the read/write device(s) of the storage apparatus as listed:

All content from Kiddle encyclopedia articles (including the article images and facts) can be freely used under Attribution-ShareAlike license, unless stated otherwise. Cite this article:
Data storage device Facts for Kids. Kiddle Encyclopedia.