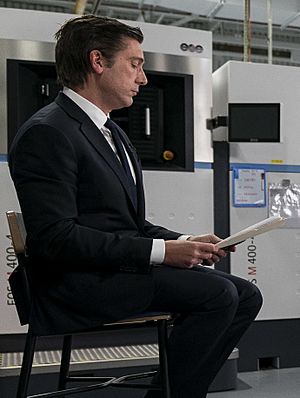 David Muir (born November 8, 1973) is the anchor of World News Tonight on ABC News. He formerly anchored the weekend version of the show until he replaced Diane Sawyer in 2014. He was born in Syracuse, New York.

All content from Kiddle encyclopedia articles (including the article images and facts) can be freely used under Attribution-ShareAlike license, unless stated otherwise. Cite this article:
David Muir Facts for Kids. Kiddle Encyclopedia.