Kastoria is a city in northern Greece in the region of Western Macedonia. It is the capital of Kastoria regional unit. It is situated on the western shore of Lake Orestiada, in a valley surrounded by limestone mountains. The town is known for its many Byzantine churches, Byzantine and Ottoman-era domestic architecture, fur clothing industry, and trout.

Kastoria is believed to have ancient origins, though itself does not appear, however, until the Byzantine–Bulgarian wars of the late 10th/early 11th century. The town was in Bulgarian hands until 1018, when it was conquered by Basil II.

Kastoria was occupied by the Normans under Bohemond I in 1082/83, but was soon recovered by Alexios I Komnenos. The town had a significant Jewish presence, most notably the 11th-century scholar Tobiah ben Eliezer. 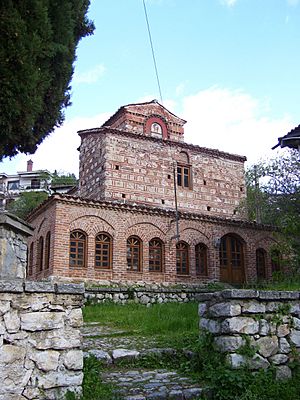 During the 13th and 14th centuries, the town became contested between several powers and changed hands often. The town came later under the Epirote ruler Thomas Preljubović, and finally under the Albanian Muzaka family, until it was conquered by the Ottoman Empire in the mid-1380s.

During the Ottoman period Kastoria acquired a sizeable Muslim population and several mosques and tekkes can be found in the city.

The city would remain under Ottoman rule in the late 19th and early 20th century until the First Balkan War (1912), when Greece took it. The 1913 treaties of London and Bucharest incorporated Kastoria into the Greek state.

Following the end of the First World War the bulk of the Muslim element of Kastoria's population was transferred to Mustafapaşa, Turkey during the Greek-Turkish population exchange. 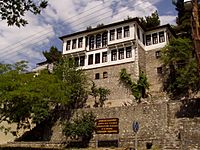 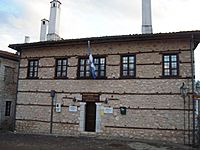 The mansion of Anastasios Picheon, now Museum of the Macedonian Struggle (Kastoria)

During the Ottoman times, Kastoria attracted many people from across the Balkans and beyond, resulting in a diverse, multi-ethnic community. As a result, the city plan was radically transformed. The different ethnic communities, Bulgarian, Turkish, Greek and Jewish, became centred around separate neighbourhoods or ‘quarters’. Two old Greek lakeside quarters, the “Doltso” and “Apozari” neighbourhoods, are among the best-preserved and last remaining traditional quarters of the city.

These neighbourhoods are characterised by the rich stock of old houses, such as the important private mansions or the more humble folk dwellings. During this time, the processing and exporting of animal furs to Europe created wealth, and city mansions, of particular architectural and decorative value, were built. This joining of churches and private houses represents a rare example of a Byzantine and post-Byzantine township, and remains inhabited to this day.

The traditional buildings and manor houses of the “Dolcho” and “Apozari” neighbourhoods are threatened by modern development in the city, as well as structural degradation from poor levels of conservation. These sites were included on the 7 Most Endangered list of Europe’s most at-risk monuments and sites in 2014. 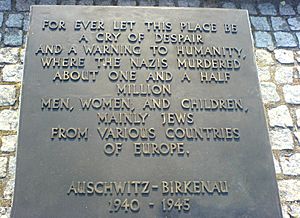 During both World War II and the Greek Civil War, the town was repeatedly fought over and heavily damaged in the process. It was nearly captured by the Communist Democratic Army of Greece in 1948, and the final battles of the civil war took place on the nearby Mount Gramos in 1949.

In late March 1944, under Nazi German occupation during World War II, 763 Kastorian Jews were taken prisoner by Nazi troops and sent to Auschwitz-Birkenau, as part of a program of deliberate extermination of Jews during the Holocaust. Kastoria was liberated by the guerrillas of the Greek People's Liberation Army less than 4 months after the Jewish citizens were forced to the concentration camps. By the end of the war in 1945, only 35 of the original population had survived, the vast majority of the community having been killed in concentration camps.

In 2016, a special documentary titled "Trezoros: The Lost Jews of Kastoria" was released with never before seen footage. 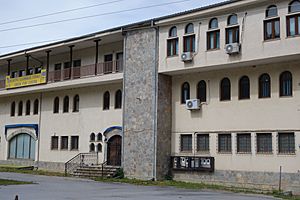 Kastoria is a popular tourist destination and an international centre of fur trade, having taken so the nickname the city of the fur traders. Tourism and the fur industry dominate the local economy. The town was possibly named after one of the former fur trades – the European beaver (kastóri in Greek), now extinct in the area. Trading in mink fur now predominates and every year an international showcase of fur takes place in the city. Fur trade is the biggest factor of Kastoria economy and it started back to the 14th century, now there are more than 300 small and big dealers in fur in the city.

Other industries include the sale and distribution of locally grown produce, particularly wheat, apples, wine and fish. Recently a large shopping center has been built in the city of Kastoria. Kastoria has 16 local radio stations, 2 TV stations, 5 daily newspapers and 7 weekly ones. The town's airport is named Aristotelis Airport. 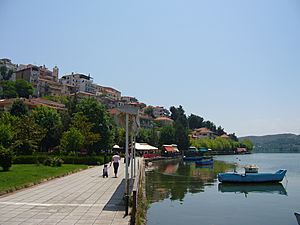 The promenade beside the lake

Kastoria is an important religious centre for the Greek Orthodox Church and is the seat of a metropolitan bishop. It originally had 72 Byzantine and medieval churches, of which 54 have survived, including St Athanasius of Mouzaki. Some of these have been restored and provide useful insight into trends in Late Byzantine styles of architecture and fresco painting. 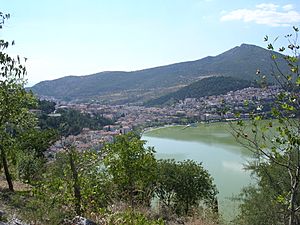 Panorama of the city and the lake

The Museum of Byzantine History located on Dexamenis Square houses many examples of Byzantine iconography. The Costume Museum and the Monuments Museum are also located in the city. In the village of Kastanofyto lies the Folklore Museum (Kastanofyto), which preserves folk traditions from the local area.

Kastoria is filled with old manors dating to the Ottoman period, while parts of the old Byzantine walls also stand.

Stone bridges are an important part of the traditional architecture of Kastoria. The best known is the bridge of Zouzouli, the bridge of Koromilia, the Koutsoumpli bridge and the bridge in Beriki. 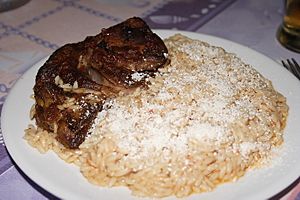 Giouvetsi is a baked Greek dish made with chicken, lamb or beef and pasta 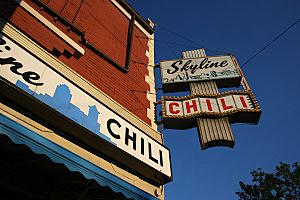 All content from Kiddle encyclopedia articles (including the article images and facts) can be freely used under Attribution-ShareAlike license, unless stated otherwise. Cite this article:
Kastoria Facts for Kids. Kiddle Encyclopedia.