The alphabet is a writing system which evolved from a western variety of the Greek alphabet. It was the Etruscans who first developed it after borrowing the Greek alphabet, and the Romans developed it further. The sounds of some letters changed, some letters were lost and gained and several writing styles ('hands') developed. Two such styles were combined into one script with upper and lower case letters ('capitals' and 'small letters'). Modern capital letters differ only slightly from their Roman counterparts. There are few regional variations.

Letters of the alphabet

The Latin alphabet used by the Romans:

Nearly all languages using the Roman alphabet include diacritics, which are symbols found above or below the letters. They are used for things such as tones and pronunciation. English is the only major European language that does not have any of these marks, at least not for native words. Words taken from other languages sometimes use diacritics to make clear the correct pronunciation. 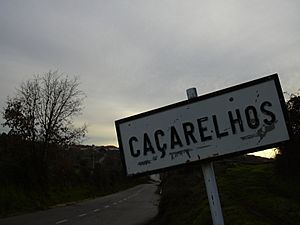 The Roman script has fewer letters than the sounds in some of the languages that use it. Some languages make up for the lack of letters by using diacritic marks, such as ă, â, á, é, í, î, ó, ẹ, ị, ọ, ụ, ã, ả, ẻ, ỉ, ỏ, ủ, ñ, č, ď, ě, í, ň, ř, š, ș, ť, ț, ú, ů, ž and đ. In effect, this increases the number of letters in their alphabet. Languages which use some of these characters are French, Czech, Polish, Magyar (Hungarian), Romanian, Spanish, Tagalog, Vietnamese, Esperanto, and Igbo.

Many languages changed their writing systems to the Latin script. In some countries, Europeans made native people use it. The Vietnamese language was written in Chinese characters, and there is a Chinese-based Vietnamese writing system called chu nom. The problem with Chinese script is the large number of characters which must be learnt before a person is truly literate. The Vietnamese government switched to the Latin alphabet in the early 20th century so they could increase the country's literacy rates. The Vietnamese kept using the Latin alphabet even after independence since it was much faster to learn than Chinese characters (chu nom).

After World War I, when the Ottoman Empire fell, the Latin Alphabet in Turkish countries was started by Kemal Atatürk in Turkey. When the Soviet Union broke up, some of its smaller languages began using the Latin alphabet. It is now used in Turkmenistan, Uzbekistan, and Azerbaijan. Kazakhstan announced in 2018 that the Latin alphabet would become the Kazakh language's main writing system.

Changing the way a language is written to Latin letters is called romanization. Many people who do not speak the language read a romanized version to know roughly how the words will sound, even if that is not the normal way to write the language. Some languages, like Chinese and Japanese, use the Latin alphabet in their languages so that they can be typed on a computer more easily. In mainland China, pinyin is the official romanization for Mandarin Chinese, and it is used to type Chinese characters on the computer by typing them phonetically. Even though many Japanese computers have kana keyboards to type Japanese on the computer, Japanese can also be typed using the Latin alphabet. Software called IME (input method editor) converts the Latin letters, called romaji in Japanese, into Japanese kana and kanji.

All content from Kiddle encyclopedia articles (including the article images and facts) can be freely used under Attribution-ShareAlike license, unless stated otherwise. Cite this article:
Latin alphabet Facts for Kids. Kiddle Encyclopedia.