According to the United States Census Bureau, the city has a total area of 3.81 square miles (9.87 km2), of which 3.80 square miles (9.84 km2) is land and 0.01 square miles (0.03 km2) is water. Much of it is within the karst belt and a sinkhole is gated over at an intersection. It is part of the Davis Spring subwatershed, site of the state's largest spring with a daily output of one million gallons.

Lewisburg is part of the Southern West Virginia region.

Historic Lewisburg is centered at the crossroads of U.S. Route 60, historically called The Midland Trail, and U.S. Route 219. Interstate 64's intersection with U.S. Route 219 near the northern border of the town has drawn most modern development into that area.

The climate in this area is characterized by hot, humid summers and generally mild to cool winters. According to the Köppen Climate Classification system, Lewisburg has a humid subtropical climate, abbreviated "Cfa" on climate maps.

There were 1,892 households of which 20.2% had children under the age of 18 living with them, 41.3% were married couples living together, 8.2% had a female householder with no husband present, 2.7% had a male householder with no wife present, and 47.7% were non-families. 40.9% of all households were made up of individuals and 18.8% had someone living alone who was 65 years of age or older. The average household size was 2.01 and the average family size was 2.73.

There were 1,746 households out of which 20.5% had children under the age of 18 living with them, 46.6% were married couples living together, 8.6% had a female householder with no husband present, and 42.7% were non-families. 38.5% of all households were made up of individuals and 19.4% had someone living alone who was 65 years of age or older. The average household size was 2.04 and the average family size was 2.69. 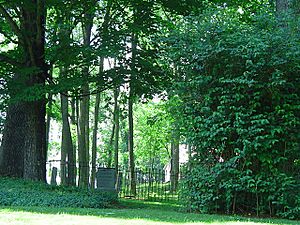 Lewisburg is named after Andrew Lewis. In 1751 Lewis, as a young surveyor, established a camp near the spring behind the present courthouse. This spring has been known as the Lewis Spring since that time. During Pontiac's Rebellion in 1763, Native Americans completely destroyed two of the early European settlements in Greenbrier County, killing the men and carrying off the women and children. This raid virtually eliminated all of the earliest settlers in the county. The Native Americans were primarily Shawnees, and (according to undocumented tradition) were led by the famous leader Hokoleskwa, or Cornstalk.

By 1770 a fortified encampment called Fort Savannah was established at the Lewis Spring. In 1774, Governor Dunmore of Virginia instructed then-Colonel Andrew Lewis to gather "willing and able men" to go to the great Kanawha River and stand against the Native American forces that were attacking the Greenbrier Valley. In what became known as Lord Dunmore's War, over 1,490 men were assembled, some at Fort Pitt at present-day Pittsburgh, and others at Fort Union, on the site of present-day Lewisburg. These recruits included Lewis’s brother Charles, and others which history books refer to as one of the most remarkable assemblages of frontier leaders in American history. Thirteen were men of political and military distinction. Lewis's army marched down the New and Kanawha Rivers to the Ohio River, where they intended to cross over and invade the Ohio Country, which was the home of the Shawnees. The Native Americans, led by Cornstalk, attempted to cut them off at the mouth of the Kanawha, where they fought an inconclusive battle that came to be known as the Battle of Point Pleasant.

When the town of Lewisburg was formally laid out in 1780, Matthew Arbuckle, Sr. was the first settler. Among Lewisburg's first trustees was Col. John Stuart (1749-1823), a Revolutionary War commander who surveyed and settled the area and is known locally as the “Father of Greenbrier County”. The land on which the first county courthouse, and the Old Stone Church in Lewisburg, are situated was donated by Stuart. Lewisburg was formally established in 1782 by an act of the Virginia General Assembly. To accommodate Virginians west of the mountains, several Virginia courts sat in Lewisburg, where Patrick Henry once successfully defended a client accused of murder. The town and the surrounding farms prospered and a number of spas and resort hotels were established at some of the outlying mineral springs.

During the Civil War a number of engagements were fought in and around Lewisburg. Several of the present buildings in town were used as hospitals and barracks by both sides in this conflict, and bullet marks can still be seen in some today. The Virginia Supreme Court library, which was located in Lewisburg and served as the Greenbrier County Library until 2008, was used as a hospital and has preserved a section of wall with soldiers' graffiti.

In 1902, steel baron and philanthropist Andrew Carnegie built Carnegie Hall as a classroom building for the Lewisburg Female Institute, later the Greenbrier College for Women. Carnegie Hall, Inc. was incorporated in 1983 as a regional not-for-profit arts and education center. Today, the cultural center annually serves more than 75,000 patrons with live performances by artists from around the world, arts in education programming, classes, workshops, fine art exhibits, an independent film series and more. Carnegie Hall, Inc. is one of only four Carnegie Halls still in continuous use in the world.

The Lost World Caverns are nearby, and feature self-guided tours and numerous rock formations. Organ Cave is also in the area.

The State Fair of West Virginia is held in nearby Fairlea every August.

Lewisburg is the site of West Virginia's largest Dr. Martin Luther King, Jr. Day Celebration. The event includes a march through downtown Lewisburg, a community lunch, and a program commemorating the memory and legacy of Dr. King.

Belsnickle or Old Christmas is celebrated with the Shanghai Parade on New Year's Day. In this observation of the older traditions, people dress in costumes and march down the main street. Its term comes from "collie-shanghai", an old word related to making a lot of noise. The parade has been going on for over 150 years .

Other annual celebrations include two food festivals, Taste of Our Towns (TOOT) in October and the Chocolate Festival in April, and the Lewisburg Literary Festival, a celebration of books and the written word, held in August. Speakers at the Literary Festival have included Homer Hickam, author of Rocket Boys, Jeanette Walls, author of The Glass Castle, Garth Stein, author of The Art of Racing in the Rain, NBA basketball legend Jerry West, NPR's Noah Adams, West Virginia Poet Laureate and children's author Marc Harshman, and children's author Tom Angleberger of the Origami Yoda series.

All content from Kiddle encyclopedia articles (including the article images and facts) can be freely used under Attribution-ShareAlike license, unless stated otherwise. Cite this article:
Lewisburg, West Virginia Facts for Kids. Kiddle Encyclopedia.