Prince Michael of Kent, GCVO, KStJ, CD (Michael George Charles Franklin; born 4 July 1942) is a member of the British royal family. He is a paternal first cousin of Queen Elizabeth II, being a grandson of King George V and Queen Mary. He is currently 47th in the line of succession to the British throne, but at the time of his birth was seventh in the line of succession.

Prince Michael occasionally represents the Queen at some functions in Commonwealth realms outside the United Kingdom. Otherwise, he manages his own consultancy business and undertakes various commercial work around the world. He has also presented some television documentaries on the royal families of Europe.

Prince Michael was born during the Second World War on 4 July 1942, at Coppins, Iver, Buckinghamshire. He was the third child of Prince George, Duke of Kent, who was a son of King George V and Queen Mary and a younger brother of King George VI. At the time of his birth Michael was seventh in the line of Succession to the British throne. His mother was Princess Marina, a daughter of Prince Nicholas of Greece and Denmark and Grand Duchess Elena Vladimirovna of Russia.

At his christening on 4 August 1942 in the Private Chapel of Windsor Castle, his godparents were: his paternal uncle the King; the Queen of the Netherlands (for whom her son-in-law Prince Bernhard stood proxy); the King of Norway (his great-uncle); US President Franklin D. Roosevelt (for whom the Duke of Kent stood proxy); the Hereditary Princess of Greece (who was not present), the wife of Paul of Greece, his first cousin-once-removed; the Duke of Gloucester (his paternal uncle, who was absent); the Dowager Marchioness of Milford Haven (his paternal first cousin twice-removed); and Lady Patricia Ramsay (his paternal first cousin twice-removed). Because of the war, newspaper reports did not identify the location of the christening and said instead that it took place at "a private chapel in the country". Just seven weeks after Michael's birth, his father was killed in a plane crash near Caithness, Scotland, on 25 August 1942.

At the age of five, Prince Michael was a page boy at the wedding of his cousins, Princess Elizabeth and Lieutenant Philip Mountbatten. 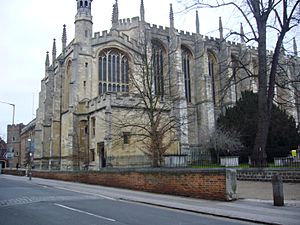 He was educated at Sunningdale School and Eton College. Besides being fluent in French and having a "working knowledge" of German and Italian, he was the first member of the royal family to learn Russian.

Prince Michael entered the Royal Military Academy, Sandhurst, in January 1961, from where he was commissioned into the 11th Hussars (Prince Albert's Own), in 1963, he later served in The Royal Hussars (Prince of Wales's Own) after the 1969 amalgamation between the 11th Hussars and the 10th Royal Hussars (Prince of Wales's Own). He saw service in Germany, Hong Kong, and Cyprus, where his squadron formed part of a United Nations peacekeeping force in 1971. Subsequent tours of duty, during a military career that spanned twenty years, included a number of appointments on the Defence Intelligence Staff. He retired from the Army with the rank of Major in 1981.

In 1994, Prince Michael was made Honorary Commodore (later Honorary Rear Admiral) of the Royal Naval Reserve, and in 2002 he was made Honorary Air Commodore of RAF Benson (promoted to Honorary Air Marshal in 2012). From 2009 to 2012 he was Regimental Colonel of the Honourable Artillery Company and has been, since 31 January 2012, Royal Honorary Colonel of that regiment. He is also Colonel-in-Chief of the Essex and Kent Scottish Regiment in Canada. 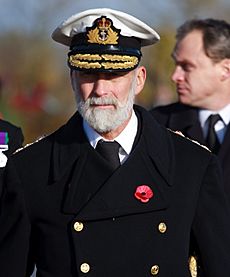 Prince Michael of Kent in 2008

As the third child of George V's fourth son, it was not expected that Prince Michael, as the only second son in the extended royal family, would undertake many engagements on behalf of the royal family. He has performed official duties in the Commonwealth realms other than the United Kingdom and has represented the Queen abroad.

He has, however, never received a parliamentary annuity or an allowance from the British Privy Purse, unlike both his elder brother, Prince Edward, Duke of Kent, and his sister, Princess Alexandra, who both carry out official royal duties in the United Kingdom and receive British parliamentary annuities. The Prince was given a grace and favour apartment at Kensington Palace upon his marriage in 1978. 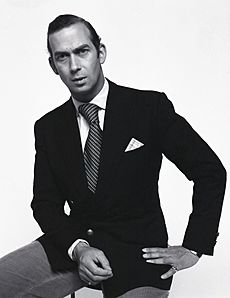 At the time of the marriage, Marie Christine von Reibnitz was not only a Roman Catholic, but also a divorcée. She had previously been married to the banker Thomas Troubridge; they separated in 1973, divorced in 1977, and had their marriage annulled by the Roman Catholic Church a year later, two months before her marriage to Prince Michael. Under the terms of the Act of Settlement 1701, Prince Michael forfeited his place in the line of succession to the throne through his marriage to a Roman Catholic. He was reinstated to the line of succession on 26 March 2015 with the coming into force of the Succession to the Crown Act 2013, and is 47th in line to the throne as of June 2018[update].

Prince and Princess Michael of Kent have two children, both of whom were brought up as members of the Church of England, and have therefore been in the line of succession to the throne since birth:

Prince Michael manages his own consultancy business, and undertakes business throughout the world. He is also a qualified interpreter of Russian. 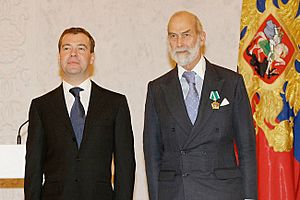 Prince Michael speaks fluent Russian and has a strong interest in Russia, where he is a well-known figure (he is a recipient of the Order of Friendship). Tsar Nicholas II was a first cousin of three of his grandparents. When the bodies of the Tsar and some of his family were recovered in 1991, the remains were later identified by DNA using, among others, a sample from Prince Michael for recognition. He attended the 1998 burial of the Tsar and his family in St Petersburg. He is an Honorary Member of the Romanov Family Association. He is also the second cousin of Maria Vladimirovna, Grand Duchess of Russia, who is a claimant to the headship of the Imperial Family of Russia. They share the same great-grandfather, Grand Duke Vladimir Alexandrovich. The Prince is the patron of organisations which has close ties with Russia, including the Russo-British Chamber of Commerce and the St Gregory's Foundation. In his capacity as patron of Children's Fire and Burns Trust, Michael has led fundraising rallies in 1999 and 2003 in Russia to raise money for the charity. He also led another rally in 2005 and raised money for the Royal Marsden Hospital and Britain's Charities Aid Foundation Russia.

Prince Michael was a part of the Royal Military Academy Sandhurst rowing team that won the Maiden Fours at Bedford in 1961. Prince Michael competed for Great Britain in the 1971 FIBT World Bobsleigh Championships but crashed and failed to finish the event. He was official non-travelling reserve for the 1972 Winter Olympics. He took part in the 1970 London to Mexico World Cup Rally in an Austin Maxi, but he and his crew failed to finish the event.

All content from Kiddle encyclopedia articles (including the article images and facts) can be freely used under Attribution-ShareAlike license, unless stated otherwise. Cite this article:
Prince Michael of Kent Facts for Kids. Kiddle Encyclopedia.