San Gabriel (Spanish for "St. Gabriel") is a city located in the San Gabriel Valley of Los Angeles County, California. At the 2010 census, the population was 39,718.

Prior to the arrival of the Spanish to Alta California, the area that is now San Gabriel was inhabited by the Tongva Native Americans, whom the Spanish called the Gabrieleño. The Tongva name for the San Gabriel region has been reconstructed as Shevaa. 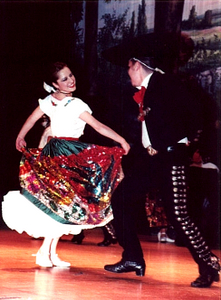 The Mission San Gabriel Arcángel served a pivotal role in the colonial Spanish society, with many of the area's first Mexican settlers being baptized at the mission, including future governor Pio Pico, who was born in 1801 at the mission and baptized there the same year. He was appointed as California's governor twice, serving briefly in 1832 and again from 1845 through the Mexican-American War. Later in life, he was elected as a Los Angeles City councilman. The city of Pico Rivera was named to honor him as the last governor of California to be born in Mexico.

In 1853, a company of Army Engineers, who included the geologist William P. Blake, passed by the mission in search of the best route for an intercontinental railroad. Blake observed that the once great vineyards had fallen into wild disarray. Fences were in disrepair, and animals roamed freely through the property. But, the mission bells were ringing, and the church was still in use. Blake predicted, "I believe that when the adaptation of that portion of California to the culture of the grape and the manufacture of wine becomes known and appreciated, the state will become celebrated not only for its gold and grain, but for its fruits and wines."

In the first United States census made in California in 1860, 586 people lived in San Gabriel. By the time of General Law Incorporation on April 24, 1913, the city's population had grown to 1,500.

According to the United States Census Bureau, the city has a total area of 4.1 square miles (11 km2), virtually all of it land.

The city is bordered on the north by San Marino, on the east by Temple City and Rosemead, to the south by Rosemead and to the west by Alhambra.

This region experiences warm (but not hot) and dry summers, with no average monthly temperatures above 71.6 °F. According to the Köppen Climate Classification system, San Gabriel has a warm-summer Mediterranean climate, abbreviated "Csb" on climate maps. 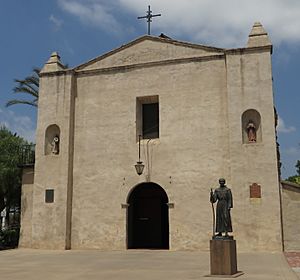 According to the 2010 United States Census, San Gabriel had a median household income of $56,388, with 13.3% of the population living below the federal poverty line. 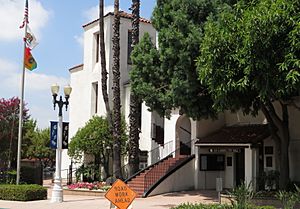 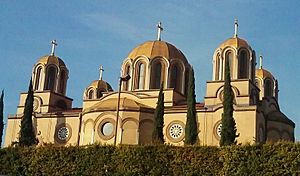 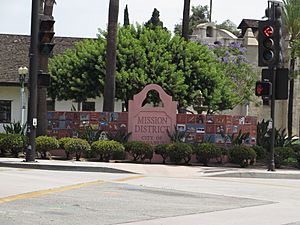 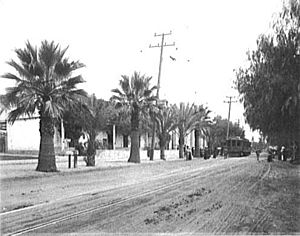 A streetcar of the Pacific Electric Railway makes a stop at Mission San Gabriel Arcángel c. 1905.

In 2008, voters approved the measure, proposition 1A for the California High Speed Rail Project from San Diego to San Francisco. The project will be constructed in two segments. The San Francisco to Los Angeles/Anaheim project is scheduled to be built first, at a cost of $43 billion, with a completion date in 2029. The second phase of the proposed railway, from Los Angeles to stations in San Diego will not begin construction until after phase one is completed. The California High-Speed Rail Authority is responsible for planning, designing, and building the system.

Conceptually, the voters were very enthusiastic about a high speed railway. The reality of the possibility that it could impact their neighborhood and their homes is being met with steadfast disapproval. When the California High-Speed Rail Authority recently met with the city councils and residents of San Gabriel, El Monte, Rosemead and Alhambra, to discuss the four proposed routes for phase two, the members of the three city councils expressed that residents were very concerned that the railway could possibly end up in their backyards. Mayor David Gutierrez said "We made a promise to the community that the city of San Gabriel will never allow anything like this to happen if there is any consideration that people might lose their home." No decisions will be made until environmental impact and evaluation of the various proposed routes are completed in 2014. 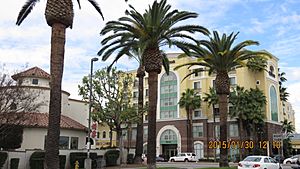 Shops near the intersection of Abbot Ave and Valley Blvd. 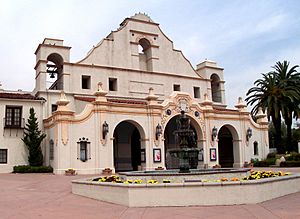 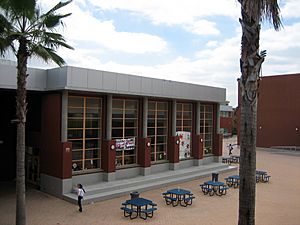 Two elementary schools exist within the city limits are operated by the Garvey School District, in the southern portion of San Gabriel.

Gabrielino High School has been named by U.S. News & World Report as one of "America's Best Public High Schools". Del Mar High School, which opened in 2010, is an alternative high school. San Gabriel High School is located in the Alhambra Unified School District.

All content from Kiddle encyclopedia articles (including the article images and facts) can be freely used under Attribution-ShareAlike license, unless stated otherwise. Cite this article:
San Gabriel, California Facts for Kids. Kiddle Encyclopedia.