The following is a timeline of the history of the city of Providence, Rhode Island, United States.

Prior to 19th century

Old Providence Bank around the time of its founding, 1791 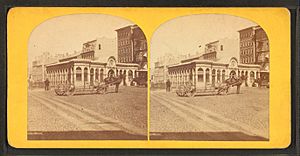 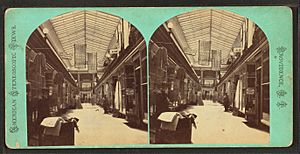 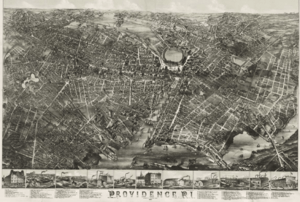 All content from Kiddle encyclopedia articles (including the article images and facts) can be freely used under Attribution-ShareAlike license, unless stated otherwise. Cite this article:
Timeline of Providence, Rhode Island Facts for Kids. Kiddle Encyclopedia.