Vermillion County lies in the western part of the U.S. state of Indiana between the Illinois border and the Wabash River. As of the 2010 census, the population was 16,212. The county seat is Newport. It was officially established in 1824 and was the fiftieth Indiana county to be formed.

The county contains seven incorporated towns with a total population of about 9,900, as well as several unincorporated communities; it is also divided into five townships which provide local services. An interstate highway, two U.S. routes, and five state roads cross the county, as does a major railroad line.

The first settlers in the area arrived in 1816, the same year that the state of Indiana was established. Vigo County was formed in 1818 and included the area that later became Parke and Vermillion counties. In 1821, Parke County was formed, and on January 2, 1824, the Indiana General Assembly created Vermillion County out of Parke County; the act took effect on February 1. The county seat was established at Newport later that year, and it has always remained there.

The county was named for the southbound Vermilion River, which flows nearby. The name is spelled in the French/Commonwealth English style with a double letter "l", in contrast to the American English spelling of the adjacent Vermilion County, Illinois. This is one of only a few cases in the United States in which a county borders a county with the same name in another state. 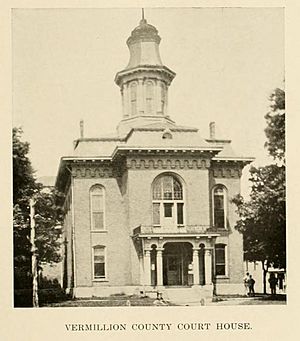 The Newport Hill Climb was first held in 1909. The event was started and stopped several times over the years, but the Newport Lions Club now runs the Newport Antique Auto Hill Climb; it has been held continuously since the 1960s and involves several hundred cars each year. 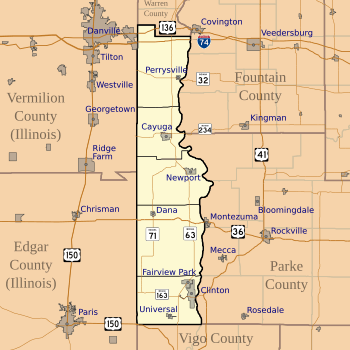 Vermillion County is less than 10 miles (16 km) from east to west at its widest point, but it extends over 37 miles (60 km) from north to south. It shares a 6.5-mile (10.5 km) border with Warren County to the north. Its eastern border is defined by the Wabash River; Fountain and Parke counties lie across the river to the northeast and southeast, respectively. Vermillion County is the southernmost county in Indiana entirely on the right bank of the Wabash. Vigo County, from which Parke and Vermillion counties were formed, lies to the south. The county's western border is shared with the state of Illinois. To the northwest lies Vermilion County; its city of Danville is west of the northern border of Vermillion County. To the southwest is Edgar County; its city of Paris is west of Vermillion County's southern border. The state capital of Indianapolis lies about 65 miles (105 km) to the east.

In addition to the towns, there are also many unincorporated communities. Helt Township has more than any other township and includes the communities of Alta, Bono, Highland, Hillsdale, Jonestown, Saint Bernice, Summit Grove. Clinton Township contains Blanford, Centenary, Klondyke and Syndicate. Highland Township includes Flat Iron, Gessie, Rileysburg and Tree Spring. Eugene Township, which contains Cayuga, has just one unincorporated community: Eugene, which is just north of Cayuga.

At least three other communities once existed in Vermillion County but have since become extinct: Quaker, Randall,and Toronto.

Interstate 74 passes from east to west through the north end of the county; U.S. Route 136 does so as well, about 1.5 miles (2.4 km) further to the north. U.S. Route 36 crosses the south part of the county on its way from Rockville to Chrisman, Illinois, passing just south of Dana.

State Road 32 runs from the state line through Perrysville and continues east toward Crawfordsville. State Road 63 runs the length of the county from north to south on its way to Terre Haute in the south; State Road 71 begins at State Road 63 near Newport and runs southwest, then south through Dana and Bono before ending at Blanford. There, State Road 163 runs east through Clinton to join U.S. Route 41 on the east side of the Wabash River. State Road 234 runs from the Indiana border through Cayuga, continuing east through Kingman in Fountain County.

CSX Transportation operates a railroad line running from Danville, Illinois to Terre Haute; this line runs most of the length of Vermillion County from north to south, passing through Rilesyburg, Cayuga, and Clinton before crossing the Wabash River. Another CSX line coming from Decatur, Illinois enters the county from the west and meets the north–south line near Hillsdale. The 6-mile (9.7 km) Vermilion Valley Railroad passes through the very north edge of the county on its way from the Flex-N-Gate factory west of Covington to Danville, Illinois.

The county has a small airport, the Clinton Airport, located in Clinton. The Indianapolis International Airport is located about 65 miles (105 km) to the east.

Vermillion County's economy is supported by a labor force of approximately 7,924 workers with an unemployment rate in December 2010 of 12.5%. Government jobs make up 13% of the county's employment. Manufacturing accounts for 12.4%, and construction 10%, while 8.5% of the county's jobs relate to farming.

The largest private employers in Vermillion County as of 2017 are as follows. This list excludes franchises, retail, and majority part-time employers.

There are no colleges or universities within Vermillion County, but there are several nearby. Indiana State University is a public four-year college in Terre Haute in neighboring Vigo County, about 30 miles (48 km) to the south of Newport. Rose–Hulman Institute of Technology, a smaller private college also in Terre Haute, specializes in teaching engineering, mathematics, and science. Ivy Tech Community College of Indiana has 23 campuses throughout the state; the nearest to Vermillion County is in Terre Haute.

The Vermillion County Public Library has branches in Cayuga, Newport, and Dana. In 1909 a Carnegie library was built in Clinton; it was expanded in 1947 and in 1953. In the early 1990s it was determined that an entirely new building was needed, and this was completed in 1994.

Union Hospital, located in Terre Haute to the south, operates a hospital in Clinton. 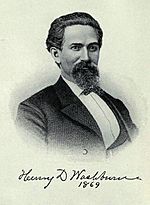 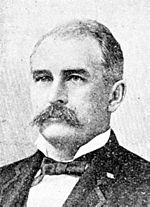 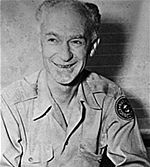 Henry Dana Washburn was born in Vermont in 1832; in 1850 he moved to Vermillion County, studied law, and opened a practice in Newport in 1853. He served in the Civil War on the Union side as a lieutenant colonel and later as a general; after the war he was elected to the United States House of Representatives and served through 1869. In 1870 he headed an expedition which explored the area that later became Yellowstone National Park. He died 1871 in Clinton and is buried at Riverside Cemetery.

Ernie Pyle was born on a farm near Dana in 1900. He served for three months in the United States Navy Reserve at the end of World War I; after the war he attended Indiana University but left before graduating to take a newspaper job. He served for several years as the managing editor at the Washington Daily News, and later became the nation's first aviation columnist. He began as a roving correspondent in 1935, and became a war correspondent when the United States entered World War II. His work during the war earned him a Pulitzer Prize. He died in combat in 1945.

Ken Kercheval was born in Clinton in 1935 and became an actor in 1962; he is best known for his role as "Cliff Barnes" in the television series Dallas.

All content from Kiddle encyclopedia articles (including the article images and facts) can be freely used under Attribution-ShareAlike license, unless stated otherwise. Cite this article:
Vermillion County, Indiana Facts for Kids. Kiddle Encyclopedia.