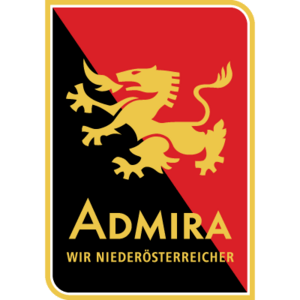 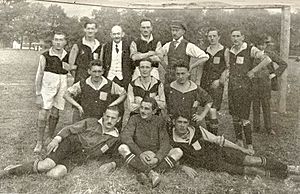 SK Admira Wien is a former football club from Vienna, Austria. It was founded in 1905 by a fusion of the two clubs „Burschenschaft Einigkeit“ and„Sportklub Vindobona“ which also played in the Jedelsee area of Vienna. The club existed till 1971 when he was merged with Sportclub Wacker Wien to FC Admira/Wacker.

The most successful aera of the club was in the years between 1926 and 1939 when the club reached seven Austrian national titles and three Cups. During Nazi occupation of Austria they played in the Gauliga Ostmark. After the Second World War they only reached one title in 1966 and three cup victories. In 1971 the club merged with Wacker Wien and was renamed Admira/Wacker. After financial problems 1997 VFB Mödling and Admira Wacker merges.

All content from Kiddle encyclopedia articles (including the article images and facts) can be freely used under Attribution-ShareAlike license, unless stated otherwise. Cite this article:
SK Admira Wien Facts for Kids. Kiddle Encyclopedia.