Plants are also multicellular eukaryotic organisms, but most animals are mobile, meaning they can move around. Animals take in oxygen, and give out carbon dioxide. This cellular respiration is part of their metabolism (chemical working). In both these ways they are different from plants. Also, the cells of animals have different cell membranes to other eukaryotes like plants and fungi. 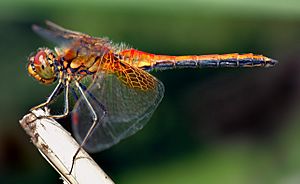 There are many types of animals. The common animals most people know are only about 3% of the animal kingdom. When biologists look at animals, they find things that certain animals have in common. They use this to group the animals in a biological classification. They think several million species exist but they have only identified about one million. 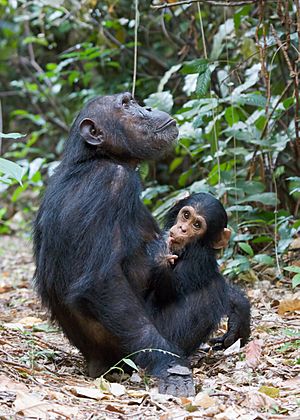 The environments animals live in vary greatly. By the process of evolution, animals adapt to the habitats they live in. A fish is adapted to its life in water and a spider is adapted to a life catching and eating insects. A mammal living on the savannahs of East Africa lives quite a different life from a mammal like a porpoise catching fish in the sea.