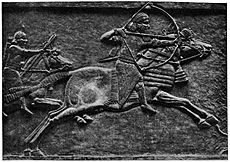 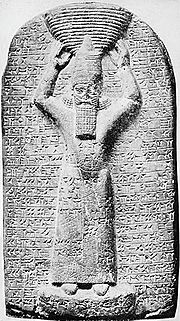 Ashurbanipal (685 BC – 627 BC), the son of Esarhaddon, was the last great king of the Neo-Assyrian Empire. He established (started) the first organized library in the ancient Middle East, the Library of Ashurbanipal, which survives in part today at Nineveh.

In the Bible he is called Asenappar. Roman historian Justinus identified him as Sardanapalus, and describes him as effeminate.

All content from Kiddle encyclopedia articles (including the article images and facts) can be freely used under Attribution-ShareAlike license, unless stated otherwise. Cite this article:
Ashurbanipal Facts for Kids. Kiddle Encyclopedia.