Belfast Zoological Gardens (also known as Bellevue Zoo) is a zoo in Belfast, Northern Ireland. It is in a relatively secluded location on the northeastern slope of Cavehill, overlooking Belfast's Antrim Road, resulting in a uniquely tranquil environment for the animals that the zoo is frequently praised for.

Belfast Zoo is one of the top fee-paying visitor attractions in Northern Ireland, receiving more than 300,000 visitors a year. Located in north Belfast, the zoo's 55-acre (22 ha) site is home to more than 1,200 animals and 140 species.

The majority of the animals in Belfast Zoo are in danger in their natural habitat. The zoo carries out important conservation work and takes part in over 90 European and international breeding programmes which help to ensure the survival of many species under threat. 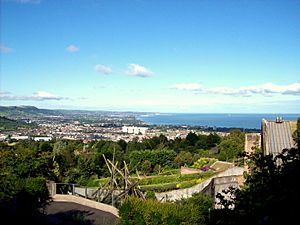 The view east from inside Belfast Zoo, showing its location on the slopes of Cavehill

The story of Belfast Zoo begins with the city's public transport system. At the beginning of the 20th century, passengers from Belfast were transported to the villages of Whitewell and Glengormley by horse-drawn trams belonging to the Belfast Street Tramway company and steam tramways from Cavehill and Whitewell.

In 1911, the tram line was taken over by Belfast Corporation, now Belfast City Council. The corporation decided to build a miniature railway, playground, and pleasure gardens. The area was named Bellevue, meaning 'good or pretty view'.

During the 1920s and 1930s, the gardens were a popular destination for day trips. In 1933, the corporation decided to install a representative zoological collection on the site. Then, in 1934, 12 acres (4.9 ha) on either side of the Grand Floral Staircase, a series of steps designed to reach the top of the hillside, were laid out as Bellevue Zoo.

It took 150 men to build the site and the steps can still be seen from Antrim Road today. The zoo was opened on 28 March 1934 by Sir Crawford McCullough, the then Lord Mayor of Belfast. The venture was supported by Councillor RJR Harcourt from Belfast Corporation and was partnered by George Chapman, an animal dealer and circus entrepreneur.

Belfast Zoo is owned by Belfast City Council. The council spends £1.5 million every year on running and promoting the zoo, which is one of the few local government-funded zoos in the UK and Ireland.

The zoo's work is overseen by the council's Parks and Leisure Committee. The committee is made up of 20 locally elected councillors. 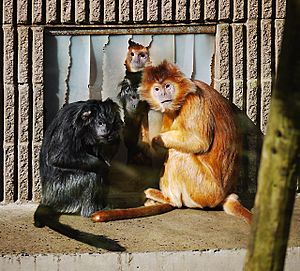 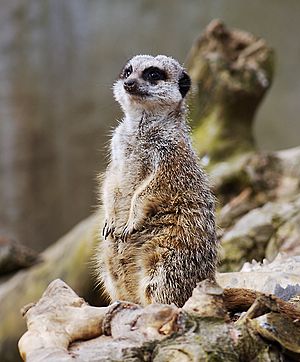 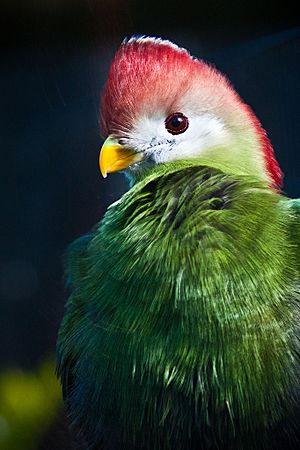 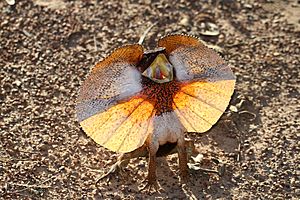 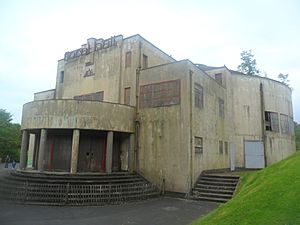 Located within the grounds of the zoo is a 1930s art deco ballroom, the Floral Hall.

The hall was popular venue in its time and during the war the hall had blackouts fitted to the windows so that dances could continue. In the 1960s, the hall was visited by musical artists such as Pink Floyd and Small Faces. The Floral Hall closed to the public on 2 April 1972 and has remained derelict since the outbreak of the Troubles in the 1970s.

During the 1990s the Floral Hall had been given Listed Building Status.

Belfast Buildings Preservation Trust are planning to renovate the building, although Belfast City Council have yet to provide any funding.

2010 has seen the project be taken further, with various meetings to discuss potential uses for the hall and the carrying out of a feasibility study.

In December 2011 saw the creation of a Facebook page based around sharing old photos of the Floral Hall including interior shots of the hall today, the following year an online petition, addressed to the City Council was created to help raise awareness and to progress with the restoration project of the hall.

In March 2018 Liverpool based developer Signature Living officially submitted a £5 million proposal to revive Belfast’s Floral Hall. Lawrence Kenwright, who owns Signature Living, said he hopes to develop the iconic building, and restore it for use as a "leading entertainment, conference and wedding venue" in the city.

All content from Kiddle encyclopedia articles (including the article images and facts) can be freely used under Attribution-ShareAlike license, unless stated otherwise. Cite this article:
Belfast Zoo Facts for Kids. Kiddle Encyclopedia.