Mercedes-Benz is a brand of cars and trucks from the Daimler AG company of Germany. The company was once known as Daimler-Benz and is still sometimes called just "Mercedes." Mercedes-Benz is the world's oldest car maker and the cars they make cost a lot of money. The symbol of Mercedes-Benz is very famous. It is a three-pointed star inside of a circle and was designed by one of the men who started the company, Gottlieb Daimler. The three points of the star stand for land, air and sea because Daimler's engines were used not only in cars and trucks but in airplanes and boats. The symbol was first used in 1909. 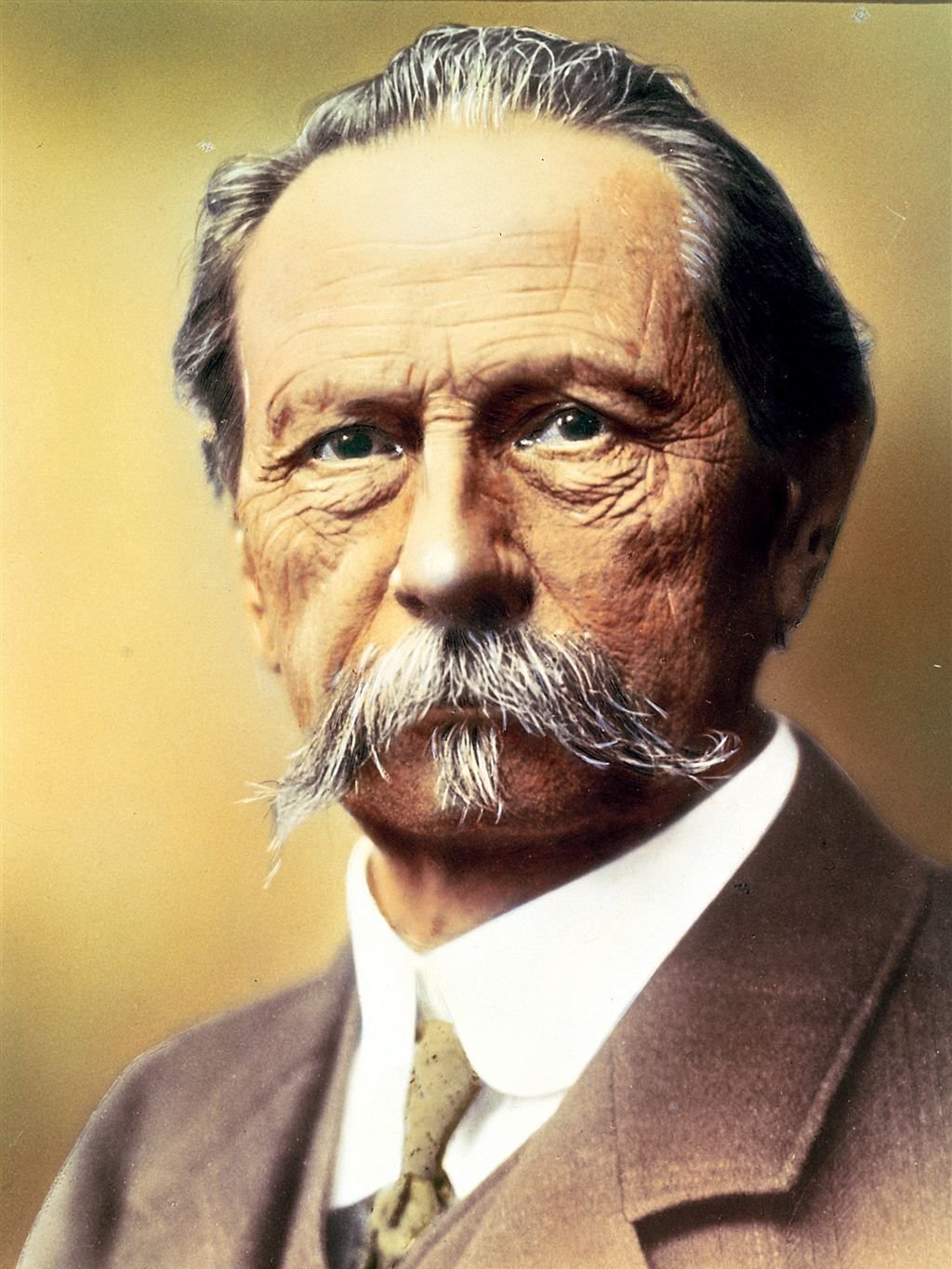 Karl Benz. Benz made the 1886 Benz Patent Motorwagen, which is widely regarded as the first automobile. 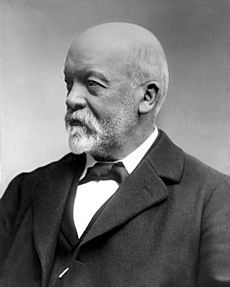 Mercedes-Benz traces its origins to Karl Benz's creation of the first petrol-powered car, the Benz Patent Motorwagen, financed by Bertha Benz and patented in January 1886, and Gottlieb Daimler and engineer Wilhelm Maybach's conversion of a stagecoach by the addition of a petrol engine later that year. The Mercedes automobile was first marketed in 1901 by Daimler-Motoren-Gesellschaft (Daimler Motors Corporation).

Emil Jellinek, an Austrian automobile entrepreneur who worked with DMG, created the trademark in 1902, naming the 1901 Mercedes 35 hp after his daughter Mercedes Jellinek. Jellinek was a businessman and marketing strategist who promoted "horseless" Daimler automobiles among the highest circles of society in his adopted home, which, at that time, was a meeting place for the "Haute Volée" of France and Europe, especially in winter. His customers included the Rothschild family and other well-known personalities. But Jellinek's plans went further: as early as 1901, he was selling Mercedes cars in the New World as well, including US billionaires Rockefeller, Astor, Morgan and Taylor. At a race in Nice in 1899, Jellinek drove under the pseudonym "Monsieur Mercédès", a way of concealing the competitor's real name as was normal in those days. The race ranks as the hour of birth of the Mercedes-Benz brand. In 1901, the name "Mercedes" was registered by Daimler-Motoren-Gesellschaft (DMG) worldwide as a protected trademark. The first Mercedes-Benz brand name vehicles were produced in 1926, following the merger of Karl Benz's and Gottlieb Daimler's companies into the Daimler-Benz company on 28 June of the same year.

Gottlieb Daimler was born on 17 March 1834 in Schorndorf. After training as a gunsmith and working in France, he attended the Polytechnic School in Stuttgart from 1857 to 1859. After completing various technical activities in France and England, he started working as a draftsman in Geislingen in 1862. At the end of 1863, he was appointed workshop inspector in a machine tool factory in Reutlingen, where he met Wilhelm Maybach in 1865.

Throughout the 1930s, Mercedes-Benz produced the 770 model, a car that was popular during Germany's Nazi period. Adolf Hitler was known to have driven these cars during his time in power, with bulletproof windshields. Most of the surviving models have been sold at auctions to private buyers. One of them is currently on display at the War Museum in Ottawa, Ontario. The pontiff's Popemobile has often been sourced from Mercedes-Benz. In 1944, 46,000 forced laborers were used in Daimler-Benz's factories to bolster Nazi war efforts. The company later paid $12 million in reparations to the laborers' families. Mercedes-Benz has introduced many technological and safety innovations that later became common in other vehicles. Mercedes-Benz is one of the best-known and established automotive brands in the world. 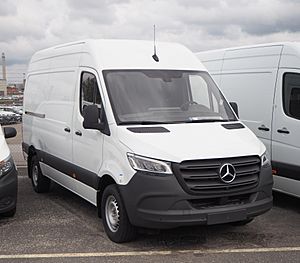 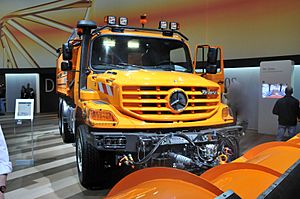 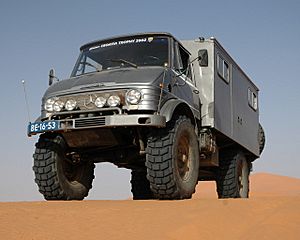 Mercedes-Benz Trucks is now part of the Daimler Trucks division, and includes companies that were part of the DaimlerChrysler merger. Gottlieb Daimler sold the world's first truck in 1886. The first factory to be built outside Germany after WWII was in Argentina. It originally built trucks, many of which were modified independently to buses, popularly named Colectivo. Today, it builds buses, trucks, the Vito and the Sprinter van.

Mercedes-Benz produces a wide range of buses and coaches, mainly for Europe and Asia. The first model was produced by Karl Benz in 1895.

All content from Kiddle encyclopedia articles (including the article images and facts) can be freely used under Attribution-ShareAlike license, unless stated otherwise. Cite this article:
Mercedes-Benz Facts for Kids. Kiddle Encyclopedia.